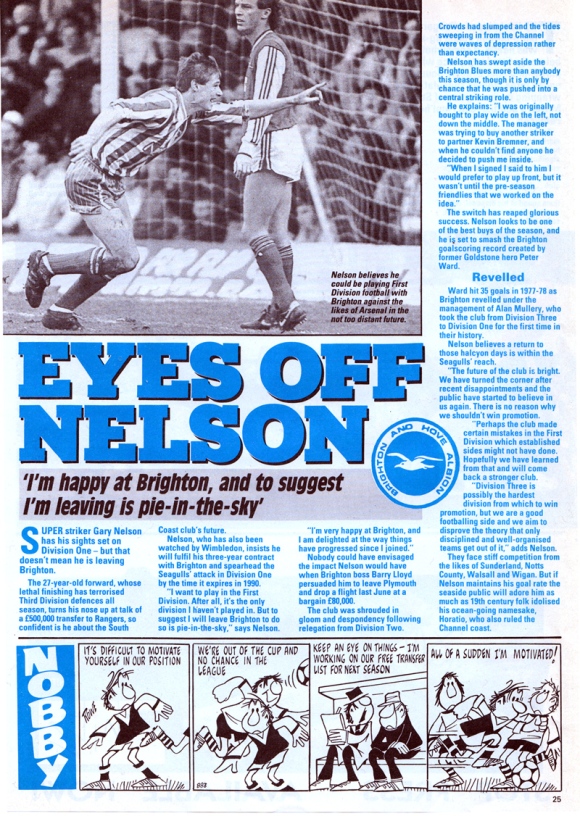 A lovely piece in Shoot! Magazine as Brighton mounted a late promotion bid in 1988. Says Nelson:

“I want to play in the First Division. After all, it’s the only division I haven’t played in. But to suggest I will leave Brighton to do it is pie-in-the-sky. I’m very happy at Brighton, and I’m delighted at the way things have progressed since I’ve joined.

“I was originally bought to play wide on the left, not down the middle. The manager was trying to buy another striker to partner Kevin Bremner, and when he couldn’t find anyone he decided to push me inside.”

Nelson eventually hit 32 goals during the campaign, an outstanding personal achievement although four short of Peter Ward’s club record of 36 in 1976/77. Nevertheless, it certainly helped the promotion push that ended in success on the last day of the season.