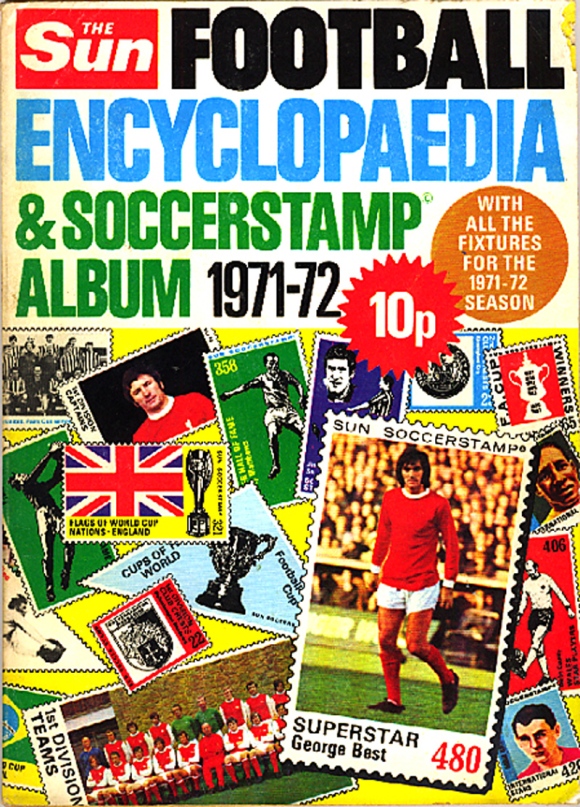 As Nigel’s WebSpace puts it:

Following on from the undoubted success of the Swap cards the Sun followed up in 1971/72 with the ambitious Soccerstamps collection. The Soccerstamps were stamps, rather than cards, and came in a wide variety of sizes, shapes and colours. The tokens for Soccerstamps appeared in the Sun each day. The Sun only accepted tokens in lots of six, plus 5p, to get your 12 Soccerstamps by return post.

The stamps were to be mounted in the spaces for them in the 164-page Football Encyclopaedia and Soccerstamp Album (available from newsagents for 10p). The album suggests that you stick them in with stamp hinges. Collectors of these stamps therefore distinguish between those which were (a) never stuck into an album, (b) stuck in with stamp hinges or (c) stuck in as stamps.

With 504 stamps in the collection, Third Division clubs such as Brighton & Hove Albion were afforded three stamps. Here is the team photo stamp: 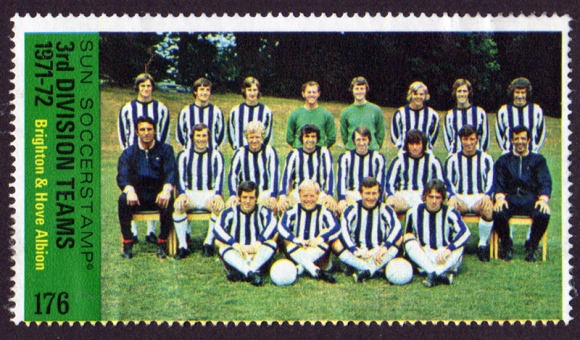 Despite getting promoted in 1971/72, I’m pretty sure Brighton don’t feature in the 3D star cards that The Sun ran with the following season.