Joining the club from Charlton for a £400 fee, he is best remembered as the first choice keeper in Albion’s 1958 promotion side. He also made 247 consecutive appearances for the team, equalling the achievement of fellow shot-stopper Ted Ditchburn of Tottenham, missing the opportunity to beat the record through illness.

In Charles Buchan’s Football Monthly, he talks of his life as a footballer and a businessman:

Football is not only my business, it’s my pleasure. I enjoyed kicking a bah around when I was a kid, and I still get that same thrill now as a paid player.

The game has given me a good standard of living, enabled me to travel, and made me many friends. And it has also taught me many lessons in life.

One is to make provision for the future. I have seen some players (among them top-class men) who have left footbail with nothing. They were too busy enjoying life to give a thought to the day when their legs would no longer carry them around a football pitch.

And I have also seen players who did look ahead and make provision for their wife and family. I began to think of doing the same myself – when I was in the middle of a run of 247 successive matches for Brighton and life looked very secure.

You see, I had no other trade. I started on the Charlton Athletic ground staff at 17, and football is the only profession I know. Fortunately, I have always been the sort of chap who likes to put a bit of money away for a rainy day, and that has proved a sound habit, as things have turned out.

My wife Ida and I decided a short time ago to go into business, and we took the Perrimay Hotel, in Charlotte Street, on Brighton’s famous front. Here is both a home and a business for us and the two boys – Stephen, who is 7, and little Malcolm, who has not yet celebrated his first birthday.

Now I feel as though all doubts about the future have gone. This is the sort of venture I always wanted, and I received every encouragement from my club. They like to see a player settled and happy.

But please don’t think I am about to retire from football because of this plunge into business. Nothing is further from my mind. I hope to play for many seasons yet, and Soccer remains my chief interest. I shall gradually be learning the hotel business, and part of my close-season activities were spent in redecorating the rooms.

Last season – Brighton’s first-ever in the Second Division – provided me with a great experience. It was wonderful to go round the great Second Division grounds, meeting famous players and taking part in a higher standard of play.

For once Brighton were not under a promotion strain. You may remember that in the Third Division they were invariably chasing promotion. Everyone in Sussex expected Brighton to win the League, and there was one narrow miss after another until the job was finally pulled off. All that imposes a great mental as well as physical strain on players.

I’m always being asked what it was like playing week after week, setting up a Brighton record as an ever-preeent. It wasn’t until I was approaching the hundredth appearance that I realised I was near a club record. After that hurdle, I forgot all about the run until No. 2oo loomed up. Next thing I knew was that they were talking of my passing Ted Ditchburn’s record of 247.

Popular Ted kindly sent a telegram addressed to me at Coventry on the day that his record was to have been broken.

But I was at home – ill in bed! So Ditchburn and Gill both fell at the same fence.

My biggest-ever thrill, however, came last season when Brighton made me captain at the Valley when we visited Charlton, my old club. It was the first time I had been on the ground since I signed for Brighton. We gained a fine victory to make it a memorable day for me.

Well, the close season is over and, like all players, I’m already peeping ahead to the new season and more thrills. There’s something about football that really gets you!

An injury sustained in training during 1958/59 hampered Eric’s play, enabling Dave Hollins to have time to shine as first team keeper. He eventually transferred to Guildford City in June 1960, amassing 225 appearances in six years.

As for the hotel industry, after running Perrimay, Eric later moved to run Simpson’s Hotel (now Drake’s) on Marine Parade. He sold the business many years ago and then retired. 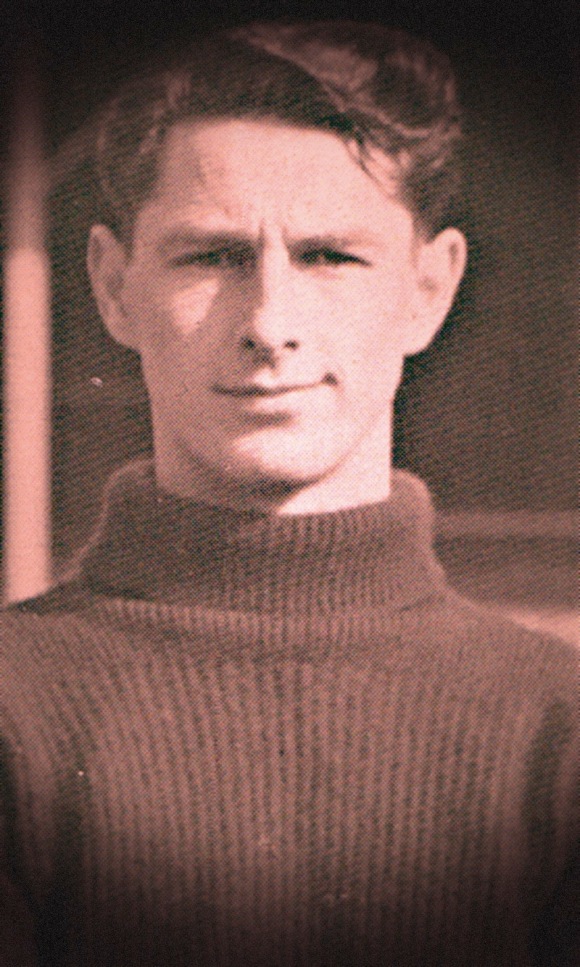