3 Comments
Around The Goldstone 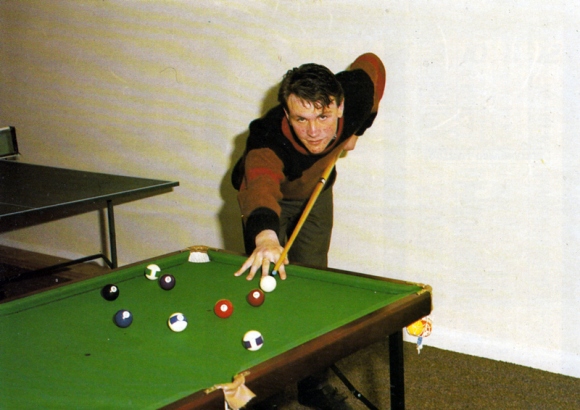 In a season of disaster for Brighton & Hove Albion, Ian Chapman provided one of the few positive stories in the national media From Match Weekly magazine on March 14th 1987:

Ian Chapman has achieved a unique footballing double first … at the tender age of sixteen.

Three months short of his 17th birthday, Ian became the youngest ever player to appear in a Brighton shirt when he filled the ‘Seagulls’ left-back slot in a Second Division encounter with Birmingham.

But perhaps even more significantly, Ian also became the first graduate Of the Lilleshall based GM National Football School to make his senior League debut.

Founded as a nursery for potential England internationals of the future, the school’s first intake of 16 boys completed their two-year education last summer and were subsequently dispatched to the various League clubs who had snapped them up before they embarked on the Lilleshall course.

But while clearly proud to have been the first to make his mark on the big time, Ian could have wished for a kinder baptism – the Goldstone Ground outfit leaving St. Andrews on the wrong end of a 2-0 scoreline.

“Of course I was very happy to be named in the first team so soon, but the result rather took the edge off things,” explains the former England Schoolboy international. Afterwards, instead of thinking how exciting it was to have actually made my debut, I was feeling down aboutthe score.”

Despite the adverse result, Ian’s Black Country outing was the source of considerable pride to his family, former Lilleshall colleagues and tutors alike.

But the level-headed teenager isn’t anticipating too many more rides on the first team bus this term…

“I played only because Chris Hutchings was Injured and I don’t expect to play for the first team much more, if at all this season,” he says.

“I’m quite happy to continue learning the game in the reserves.”

And the fact that Ian’s name is now regularly pencilled in on the ‘Seagulls’ Football Combination side teamsheet is a tribute in itself.

Ian has clocked up around 18 reserve appearances to date.