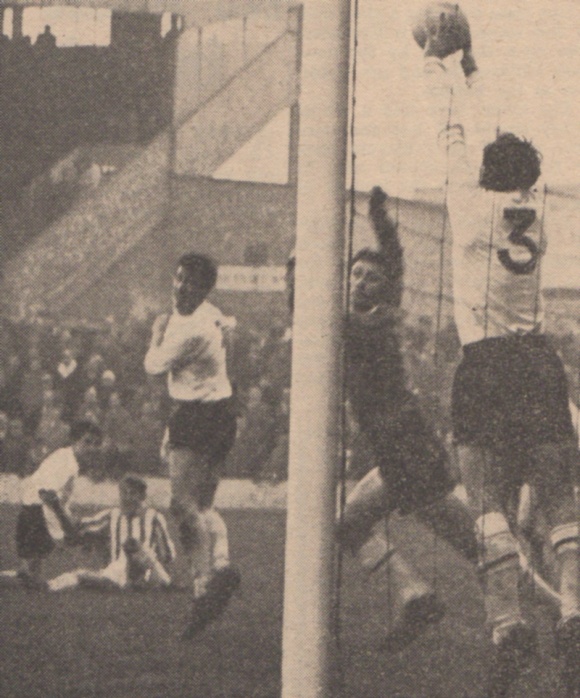 Brighton forward John Goodchild (striped shirt) may be floored, but he succeeded in beating Darlington goalkeeper Keith Hird only for left-back Brian Henderson to save in expert fashion. At the time, he would not have faced a red card for this offence. For a team nicknamed the Quakers, Henderson’s actions were hardly in keeping with the ethos of this religious movement!

This photo was taken in 1963/64 when Brighton did the League double over Darlington in Division Four. If, as was likely, a penalty was awarded to the Albion, it certainly wasn’t scored. No matter, Goodchild got the winner in the 2-1 away win in April 1964.

Goodchild eventually played 176 games for the Albion after signing from Sunderland in May 1961, scoring 46 goals. After a magnificent season as a left-winger for Brighton in the Fourth Division Championship side of 1964/65, he left the Goldstone to join York City in June 1966. By that point, he must have forgiven Darlington as he joined their side a year later before hanging up his boots.