We aim to provide more entertainment and hopefully this will produce the goals we want. We need a bit of adventure, we need to allow players to show their skills and inventiveness, and that is the only way we will bring people back through the turnstiles to watch our matches.

A crowd of 11,517 was rewarded (well, the Albion fans anyway!) with a goal frenzy that lived up to Melia’s emphasis on attacking play and enjoyment. In Match Magazine (22 October 1983), a short article called ‘Case cracker’ waxed lyrical about the Albion, and Case’s, performance: 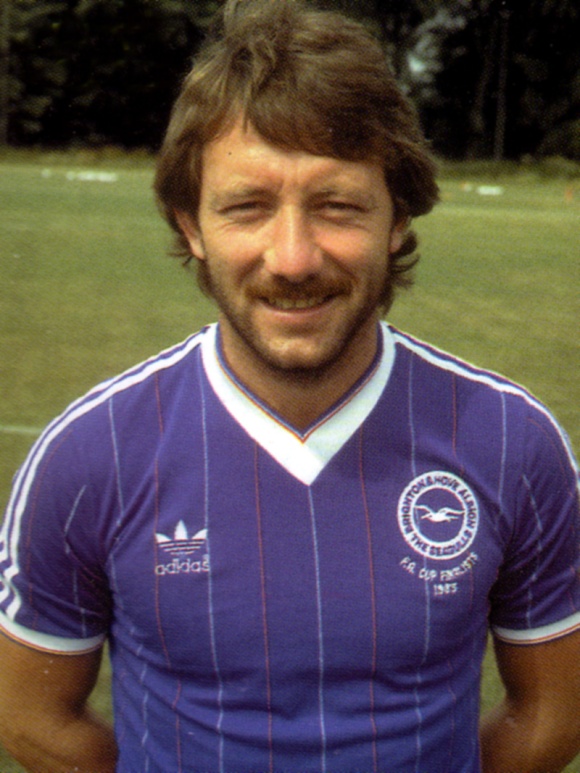 Brighton hot-shot Jimmy Case set the Goldstone Ground buzzing with his hat-trick goal in the demolition of Charlton.

His third goal was a spectacular effort straight out of the Case text book and one which has become his trademark over the years. A thundering shot from the edge of the box and the ball was in the back of the net before the ‘keeper had time to move.

Says Jimmy: “They are the sort of goals the fans love to see and players love to score – it certainly gave me a lot of pleasure. I’ve always been aware that long-range efforts like that excite the crowd and that’s probably why I’m prepared to have a go from any distance. Sometimes they don’t come off, but I have always said that if you don’t shoot then you don’t score. And I think more players are adopting that attitude this season, which has got to be a good thing.”

Jimmy’s moment of magic wasn’t the only thing that Brighton fans had to cheer against Charlton as the Seagulls romped away to an emphatic 7-0 win.

He says: “The supporters deserved to see a good performance because we hadn’t played too well at home until that game. All the players were keyed up before the match and determined to turn in a good display… and once we got the first two goals there was no stopping us. Everyone was full of confidence and every time we went forward we looked like scoring, it wasn’t much fun for Charlton, but our fans went home happy.”

Brighton’s seven-goal display was in stark contrast to their performances at the start of the season when they lost their first three games.

Says Jimmy: “We were forced to use three different goalkeepers in as many games, which didn’t help, and we gave away some silly goals. But, since Joe Corrigan arrived, we have had more stability at the back and confidence has spread throughout the team. The turning point was probably the 1-0 win against Derby, which set us back on the right road. We still weren’t 100 per cent happy when we went into the Charlton game, however, and we decided to change our style a little bit. We played with a more attacking formation and it paid off.

“We always try to play entertaining football, especially at home, and that is obviously going to help bring the fans back through the turnstiles. In fact I think that more and more clubs are realising their responsibility to provide the public with open, attacking football and, of course, plenty of goals.”

The performance was all the more impressive as Charlton arrived at the Goldstone far from being lambs to the slaughter. The Addicks were previously undefeated and had only conceded three goals in seven matches. However, the Seagulls made mincemeat of the Athletic defence, with diagonal balls proving especially troublesome. Terry Connor’s speed down the wing caused havoc, with Gerry Ryan taking advantage with the first two goals, before Gordon Smith tucked in another Connor cross to make it 3-0.

Then, Case smashed the fourth in from the edge of the area after efforts by Connor and Kieran O’Regan had been well saved by the busy Charlton keeper Nicky Johns before Connor notched up a well-earned goal through a header before half-time.

In the second half, it was the Jimmy Case show. As Pat Needham in the Sunday Mirror wrote:

Case flicked home Smith’s cross before completing his first League hat-trick with the goal of the match. O’Regan and Ryan broke from deep inside their half and Case nearly burst the net from 20 yards.

After the match, Case was presented with the match ball: 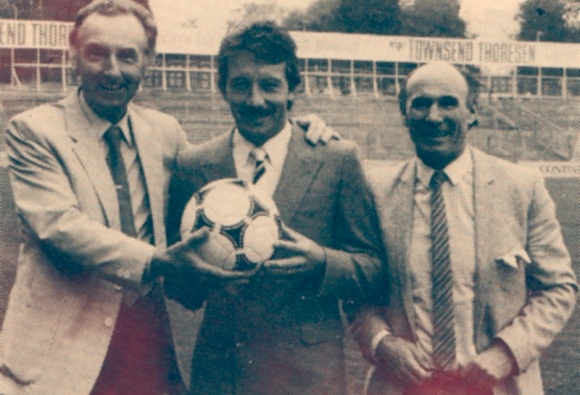 It was the first Albion hat-trick since Gordon Smith’s at Coventry almost exactly three years before.

And if you wish to celebrate the Charlton match with a Jimmy Case T-shirt, please head here to the ‘Cult Zeros’ site. There is even a design for the unfortunate Charlton keeper on the day, Nicky Johns.