The all-action striker was Albion’s top scorer, with ten goals, as the team slid back into the Third Division.

Fast forward eight seasons to 1980/81 and Beamish was back at Tranmere, the club from which Pat Saward had signed him. Rovers were a Fourth Division side by then but they had the matter of a two-legged 2nd Round League Cup tie with Brighton & Hove Albion, now a top flight club.

In Mark Lawrenson’s ‘The Autobiography,’ he takes up the story on page 152:

“You learn, sometimes the hard way, the steps you need to take to protect yourself physically and psychologically. Opponents will always be testing you to see if you can be conned into losing your temper and, with it, your self-control. Ken Beamish certainly caught me out playing for Tranmere. We won the first leg comfortably, but I fell for the five card trick in the return. I can honestly say he tried to tackle me just below the hip and for the next five minutes I just went crazy. Ken, an old pro who had played for a lot of clubs including Brighton, obviously set out to try and unsettle me. If that tackle did not do any lasting damage it certainly wrecked my concentration and I was eventually sent off for a remark to a linesman. I was still fuming as I headed for the tunnel and looking across at Beamish who gave me a sly wink. Sure, the laugh was on me, but it was a lesson I have never forgotten.” 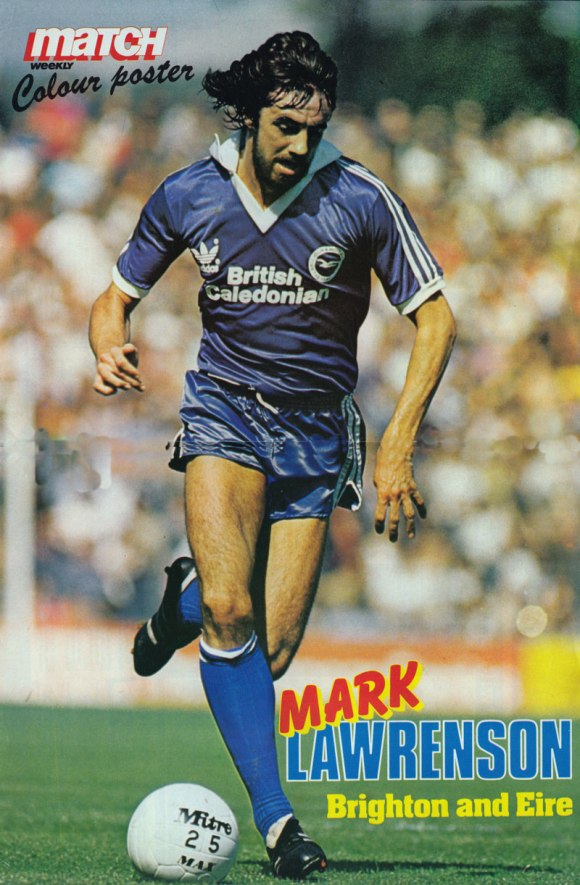