I wish I hadn’t been with Manchester United 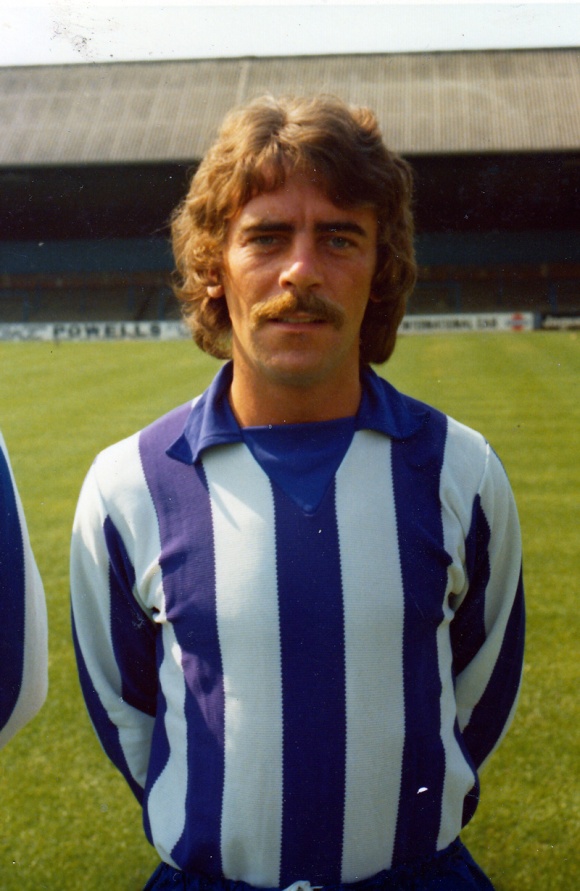 Brighton just failed to win promotion from Division Three last season, and that sad fact plunged almost everyone at The Goldstone Ground and in the South Coast resort into black depression.

The exception was … none other than Albion’s midfield star Peter O’Sullivan!

Not that Peter is in the least disloyal, or he didn’t desperately want the club to go up. It is just he doesn’t believe in letting ANYTHING get him down too much.

In fact, Peter is so philosophical that he was probably using “Que Sera, Sera, Whatever Will Be, Will Be” as a theme song long before the Manchester United fans!

Like being given a free transfer by Manchester United… or being consistently on the fringe of the Welsh international side … or going up into Division Two with Brighton four years ago, only to be relegated the following season.

Don’t worry – nothing is worth getting miserable about. That’s Peter’s philosophy – and he’s proud of it.

“I’m an easy-going sort of bloke and always have been,” he says. “Life is far too short for worrying – and you are a long time dead, after all.

In fact, I think too many players today worry about their game too much. They should relax more and just enjoy their football and take things as they come.”

But Peter, now 25, does have a regret – that he ever left Wrexham to join United when he was 15. Ha could have gone to Liverpool or Leeds instead but like so many youngsters before and since, he chose the glamour of Old Trafford.

“1 have no criticism of United, but I really wish I hadn’t gone them now,” says Peter. “I was just one of the conveyor belt of youngsters they had and didn’t catch anyone’s eye.”

Peter moved to Brighton six years ago and is now the only remaining playor from the side which won promotion in 1971-72 under former manager Pat Saward. And he is established as one of the Brighton crowd’s favourite players – and among the star midfield men in the Division.

“I must admit it was a blow to win promotion only to come straight down again as we did,” he says.

The real trouble was money just wasn’t avaiiable for Mr Saward to buy the players he wanted to strengthen the side – and, also, we became acclimatised to the higher level too late in the season.”

Now, despite last season’s failure, Peter believes there are good times ahead for the club.

He says: “The potential down hare is tremendous and we can attract vast support. And we have some great players now, like Joe Kinnear, Andy Rollings and Sammy Morgan, whose experience will be invaluable to us.

Just missing promotion was s disappointment for everyone, but it is not the end of the world and we must make sure we don’t slip up next season.

“That means we have just got to improve away from home. We slaughtered sides at The Goldstone all last season, but we just could not put our game together on our travels and it cost us very dearly in the end.”

O’Sullivan went on to have an excellent season in the 1976/77 campaign, playing all but one League match and creating numerous chances for Ward and Mellor to turn into goals. When promotion was clinched, the stage was set for O’Sullivan to dazzle the Second Division crowds just like before. Unlike in 1972/73, though, Mullery’s side were suitably equipped with a strong enough squad to not only survive in the upper echelons of the Football League, but to prosper. Suddenly, Old Trafford didn’t seem so far away…