To Elland back with Michael Robinson

A season before, in 1980/81, Brighton bested mid-table Leeds to secure their Division One status. The following season, the positions were reversed as the sides faced each other in the penultimate fixture. 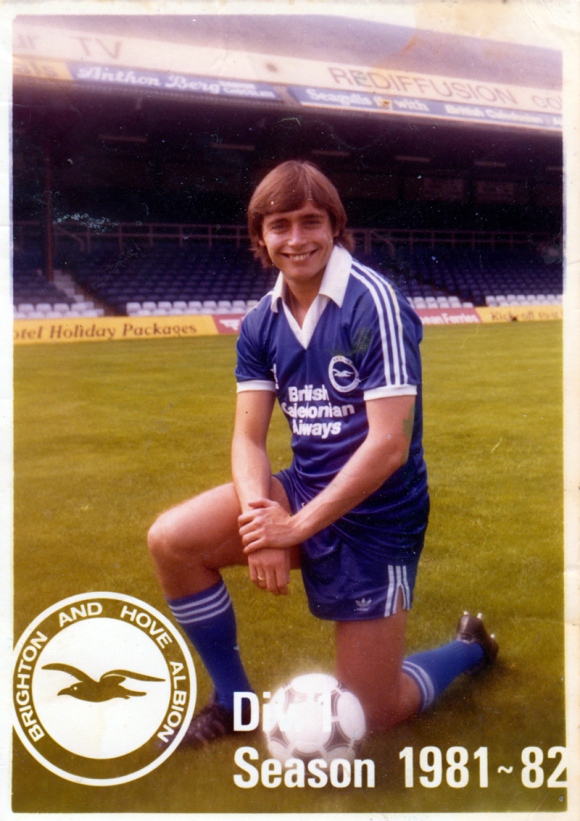 Injury had hampered Michael Robinson in the campaign. However, he was fit enough to give Brighton the lead at relegation-threatened Leeds in the fixture on 15th May 1982. It was his 30th goal for the Seagulls in the top flight:

Bravely, the Albion striker even had the cheek to give Leeds supporters the thumbs up. However, bolstered by Terry Connor up front, the home side did hit back in the final few minutes to come away with victory:

The Leeds match in 81/2 was one of the most terrifying experiences of all time. When Robbo scored and gave the thumbs down sign to Leeds, if the score had remained the same they would have been relegated, as it was their last home game of the season.

Their fans went mental, and the nutters in the opposite end to their kop spent the next 20 minutes giving the 80 or so of us Albion fans in the away end cut throat signs. The police were genuinely worried about protecting us at the end of the match.

Fortunately Leeds scored twice in injury time, their relegation fight was still on, and all was forgotten in terms of kicking shit out of us.

Four days later they went to West Brom, lost, were relegated, and burned down part of one of the stands at The Hawthorns in a fit of wild and indiscriminate hooliganism.