The photograph was one of the first that was taken of the Albion Ladies team founded in 1969 by long time Brighton supporters Christine Read (née Basilio) and Jean and Alf Walker and financed by the Supporters Club. Christine and her mother, Janet, played in the team in 1971 and are still season ticket holders, as is Christine’s 11 year old daughter who hopes to play for the Albion Women’s team.

Pictured with the team in the above photo is Miss Albion, Maureen Beech (centre in the photo below), who won despite competition from runner-up Sandy Straw (right) and third-placed Patricia Leahy (left). 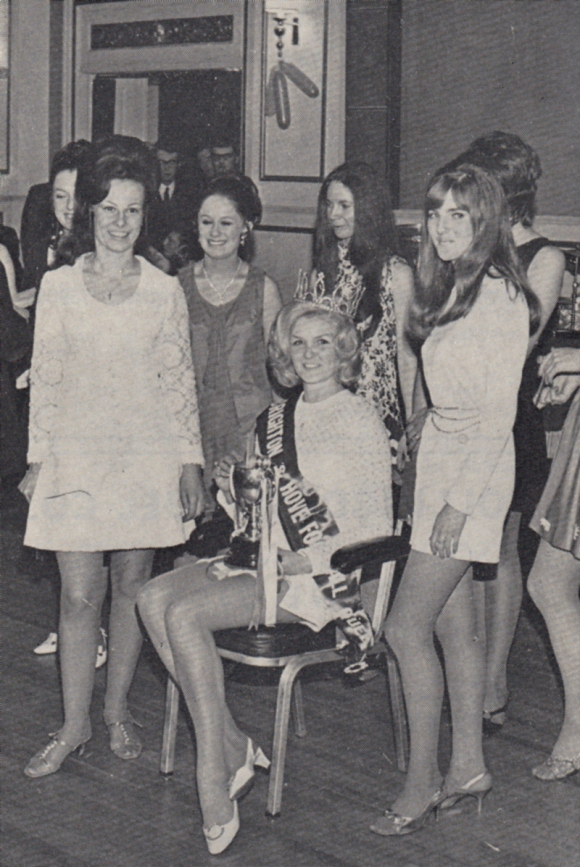 OK, it’s not quite up there with Coventry City’s match programme’s rather salacious ‘Girl of the Match’ feature. Even so, the above photo came about via a valiant attempt to smuggle some sex interest into the pages of the Brighton & Hove Albion Supporters’ Club Official Handbook for 1970/71. Not sure the club would get away with such a competition these days!