‘I want to bring that old excitement back’, says Mullery

An interview with Kevin Brennan in ‘Football Monthly magazine’ in August 1986: 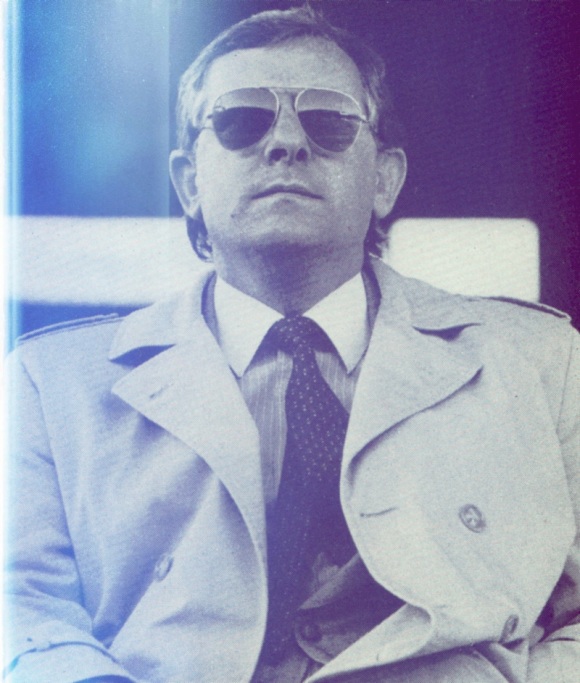 A familiar face will be back on the managerial scene when the season opens later this month.

Alan Mullery is once again in the hot-seat at Brighton, almost ten years to the day after he first took over at the south coast club following a distinguished playing career.

During those ten years, Mullery has also had spells at Charlton, Crystal Palace and Queen’s Park Rangers.

His time at Loftus Road in charge of Rangers was a short one, lasting only six months. But during that time, the experience had a dramatic effect on the personality of Mullery.

“I changed completely as a person,” admits Mullery now. “I became an introvert. I was frightened to talk to people and I didn’t want to make decisions, all of which is very unlike me.” Mullery went to Rangers two years ago, following the departure of Terry Venables to Spanish side Barcelona. He knew it would be a hard act to follow, but had no real idea of just how difficult it would prove to be.

Mullery says now: “My job at Rangers was basically that of a coach.

And that wasn’t really the way I like to operate at a football club.

“I had the title of manager over my door but it didn’t really mean that. I couldn’t get involved in any of the other decisions concerning the club which I think a manager should know about.

“It’s sad to have to say it, really, but it’s probably the only club that I’ve been to where I didn’t manage to get close to the players I was in charge of.

“Terry Venables had built a tremendous system of play within the club, from the youth team right up to the first team players, and that made it very difficult for me to try and change anything.

“The players really only wanted to play the way they always had done. Now, I’m not knocking that, or Terry Venables for schooling them into a set pattern, but I do think it was a shame that I was given only six months in the job.”

Mullery was told that he was sacked by the Rangers chairman, Jim Gregory, just before Christmas, 1984. Not surprisingly, he remembers it as a miserable experience but one that also brought a degree of relief.

“‘In some ways, I was pleased when I got booted out,” he says now. “1 hadn’t been happy there and when a job starts to change you in the way that one was changing me, you have to wonder if it’s all worth it.”

It took Mullery three or four months before he started to watch football matches again. But once he did, the sport that had been so much a part of his life for so long started to take a grip once more.

“Football is like a drug for me,” says Mullery. “I was very fed-up with the game when I left Loftus Road. But when I did start watching matches again, I knew that, deep down, I wanted to get back if I could.'”

Mullery took a job outside of the game an¢ acted in a public relations capacity for some printing companies.

But he admits that he missed the everyday involvement that football had always brought him.

He says: “I enjoyed the time out of the game and I think it was good for me after what had happened. But ultimately, I missed things like the decision-making that I had always been used to.

“The good thing was that I became a “punter’ and I was able to see the game as an outsider for the first time since I became a professional.

“I went to matches as a fan and was able to see the game from a fan’s point of view. That was a great experience for me.

“Now I have a much better appreciation of what the fans want. I now understand why so many of them have started to move away from going to see matches in the way they used to.” Mullery’s chance to return to the game, and to the club which provided his happiest memories, came following a telephone call from a TV reporter in the Brighton area.

“He phoned one night out of the blue.” remembers Mullery. “He told me that he had just been to a press conference and heard that Chris Cattlin was leaving the club.

“He told me that if I wanted to apply for the job, I should write straight away.

“That was exactly what I did. And I can tell you that when I came for my interview and was then appointed, there couldn’t have been a happier man in the country.

“I know that it sounds a bit corny, but Brighton has always been the club that I wanted to manage ever since I first came here ten years ago.

“Stepping in the door again was like coming home for me. I know every manager says it after he has been appointed to a new job, but this was the one job that I would have run back to. I have very good memories of the club and I see no reason why I shouldn’t be happy here.”

Mullery left the club five years ago, when his relationship with the then chairman, Mike Bamber, began to deteriorate But he says that for the greater part of his stay at the Goldstone Ground, he has nothing but good memories.

“It was my first job as a manager and we had a ot of success, which was obviously a big help. We went from the Third Division to the First and it was the first time that the club had ever reached Division One.

“The people in the area responded to the team and I think we all enjoyed the expenence. In fact, the fans are one of the main reasons why I’ve always enjoyed being at Brighton.

“I don’t think the situation here at the club has changed too much since I first took over. I think I’ve got a good job to do, and I’m going to enjoy doing it.

“The chairman, Brian Bedson, has been great and he has told me that they want the club rebuilt from the bottom to the top. That sort of challenge suits me fine!”

Mullery brought a brand of exciting football to Brighton that gained success and provided entertainment for the fans of the seaside club.

It is something that he aims to bring back to a club that will be among many people’s tip for one of the promotion places in the Second Division next season.

“I want to bring those days back to Brighton again,” says Mullery with conviction. “I know the Seagulls’ public will respond if we give them the right product – and that must be entertainment.

“‘Of course, the public will want us to get promotion and I’d be delighted if we achieved that in my first season back in the job.

“But there’s no way I’m going to predict that we will get promoted. I’d love it to happen, of course, and I’ll do all I can to ensure that we get into the First Division at the end of the season.

But the main job for me at the club is a long-term one.

“The directors have said to me that their first priority is to get promotion. But the main priority is really to build the club for the future.”

After the bad experience at Queen’s Park Rangers, it is nice to see Mullery back in his old confident mood and eager to get on with the job he loves best – being in control of a football club.