Leave a comment
By Goldstone Rapper Around The Goldstone, Photo Opportunities

From the Brighton v Charlton programme from September 1973: 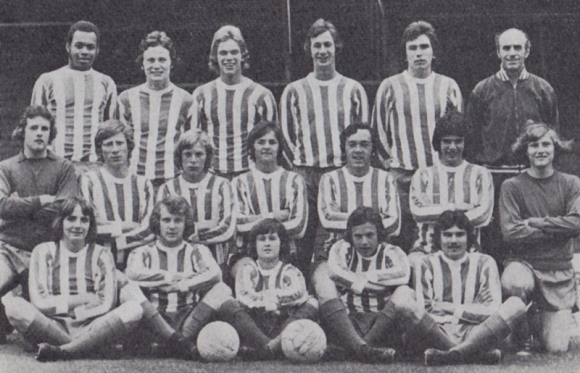 It’s the Albion’s youth party at the Freiburg Youth Tournament from July that year.

Look at how small Glen Geard is in this photo – but then he was just 13 years old at the time!

With him in that front row is Francis Fraser, dad to Tommy Fraser, who was with the Seagulls from 2004 to 2009. Francis’ dad was former Richardson gang member ‘Mad’ Frankie Fraser.