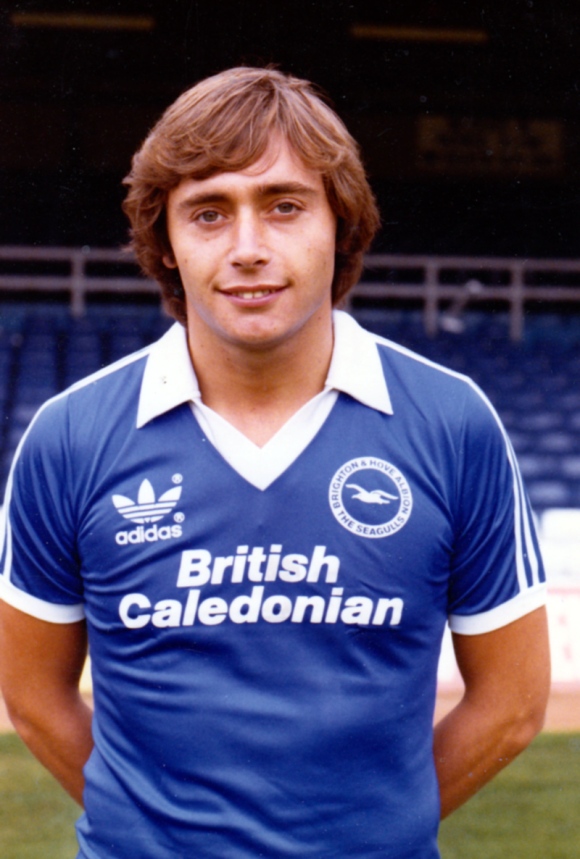 Yesterday, Brighton disappointingly lost 2-0 at home to a canny Ipswich Town. The story was different in November 1980. Then, Bobby Robson’s Ipswich were one of the best teams in Europe, with players of the calibre of John Wark, Frans Thijssen and Arnold Muhren helping to play some of the most attractive football available in the Football League.

The Blues mounted an ambitious treble bid in that 1980/81 season, and were second in the First Division at the time. However, bottom-placed Albion turned the tables on their more illustrious counterparts with a shock victory in front of 17,055 crowd at the Goldstone. Here’s how the Daily Mirror reported the Tuesday evening match:

And so rock-bottom Brighton succeeded where 14 other sides have failed, and their victory was greeted by ecstasy by their long-suffering crowd.

It was Albion’s first win in 10 League games, and Ipswich’s second defeat in 38.

The acclaim of the 17,000 crowd must have delighted chairman Mike Bamber.

He had earlier warned that, unless support improved, Albion would finish the season with more than £250,000 in the red.

He also indicated that if Brighton slipped back into the Third Division – from where they stepped five heady seasons ago – neither he nor Alan Mullery would remain at the club.

It was a year this week that Albion rose off the bottom of the table by ending Nottingham Forest’s unbeaten home run that had lasted for two seasons.

Mullery said: “We are not a bottom-of-the-table side when we play like that.

“On the evidence of tonight we are not far off ipswich. But I must admit, towards the end I kicked nearly every ball out there.”

Albion’s best efforts were frustrated by a patched up Ipswich side, shorn of some of their key players who had helped them into second place in the table.

But the goal that came in the 83rd minute was well taken.

Mark Lawrenson found Robinson and the £400,000 striker turned quickly to lose Allan Hunter and drive in a low, right-footed shot.

Earlier, Ipswich had defended heroically as they protected Laurie Sivell, the smallest keeper in the League.

Mick Mills cleared off the line, Sivell was in constant action, and in the 33rd minute Robinson missed a chance that was almost too easy.

Russell Osman slipped on the soaking pitch and Robinson closed in, but as he prepared to shoot, Sivell came racing out to save bravely at his feet.

Andy Ritchie had a goal disallowed and then went close with two other fine efforts before Robinson stepped in to fire the goal that Brighton believed will signal a rapid climb to safety.

The Seagulls had clearly caught Ipswich at a sticky point in the season. Despite being unbeaten, Town had drawn five of their previous six League games. Even so, Albion’s result was a magnificent achievement, given that until the middle of March 1981, Ipswich only lost one other Division One match. As for Brighton, they followed up this against-the-odds victory over Robson’s men with another win, away at Wolves, that took the Sussex side out of the relegation zone for the first time in four weeks. By the middle of March, Brighton were still hovering on the edge of the relegation trapdoor. Just as Ipswich Town fans were to discover, the season was heading for a nail-biting finale.