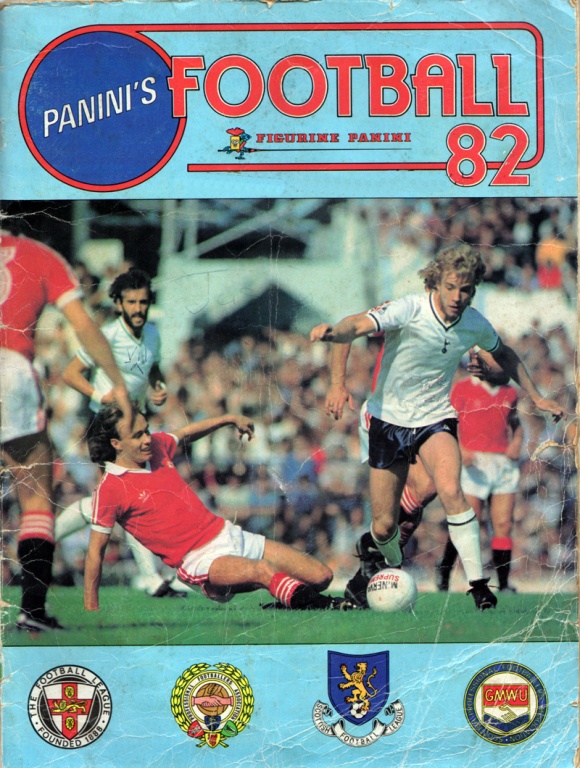 The wind of change blew in 1981/82, and not just for Brighton & Hove Albion. Panini introduced new stickers with a tweaked layout. While the head and shoulder shots remained, the photos now sported rather spatially uneconomical oval frames instead of the standard rectangle. Elsewhere, the one year experiment with two stickers for a First Division club squad photo was abandoned, with team groups reverting back to one sticker.

The Brighton squad was also significantly revamped, under new boss Mike Bailey. Right-back Don Shanks was drafted in while, surprisingly, this was the first Panini collection to feature Gary Stevens in the Brighton double-spread: 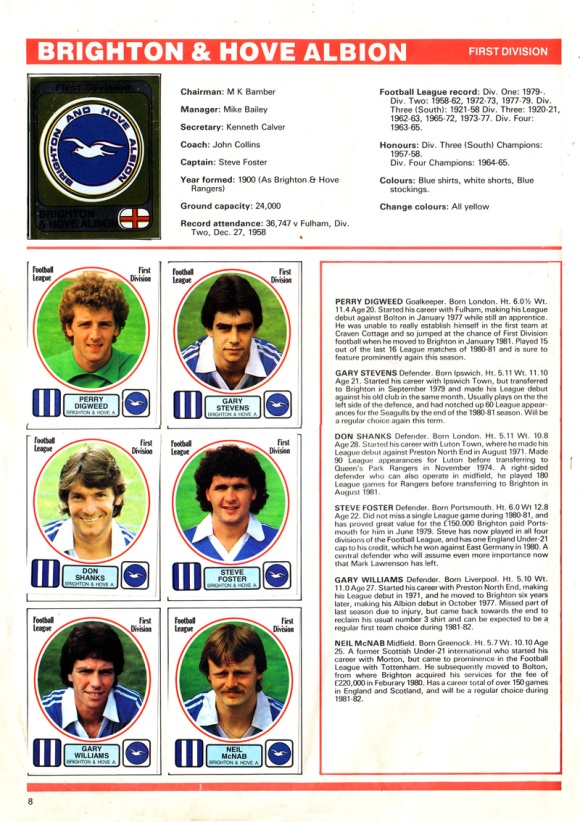 New midfielders Jimmy Case and Tony Grealish are featured here, while youngster Giles Stille also appear for the first time for the Albion. Filling the void left by Horton and Lawrenson, all three players enhanced the quantity of facial hair found within the Brighton squad. Up front, Robinson, Smith and Ritchie powered on with a clean-cut Albion strike force: 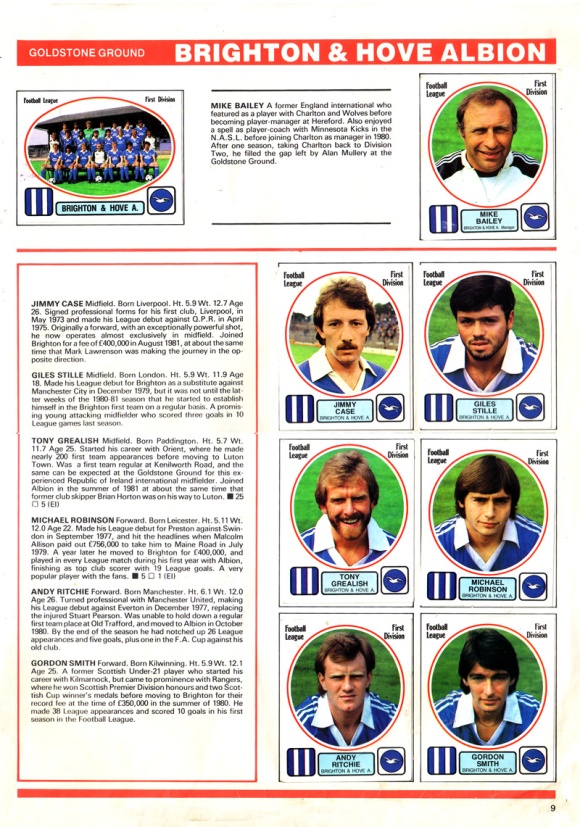 Of the other teams, Steve Gatting still appears on the Arsenal pages even though Brighton signed him quite early on in the season, in September 1981. Panini clearly didn’t get round to updating their stickers. The Welsh rapscallion Mickey Thomas is also on the Everton spread, despite his ill-starred spell at Goodison Park. His time with Brighton in the same 1981/82 season proved just as disastrous. And, surprise surprise, Peter Ward makes no appearance in the Nottingham Forest pages.

Perhaps that’s fitting. As a sticker collection, Football ’82 was a bit like Brighton & Hove Albion that season: solid, no thrills and not very much flair. All that would change the following season when Panini added a healthy dose of innovation back to its flagship football sticker collection.