On 13th April 1979, Brighton beat relegation-threatened Charlton Athletic 2-0 to cement their place at the top of the Second Division. Five months later, an action shot of Martin Chivers and Peter O’Sullivan even made it onto the cover of Roy of the Rovers magazine: 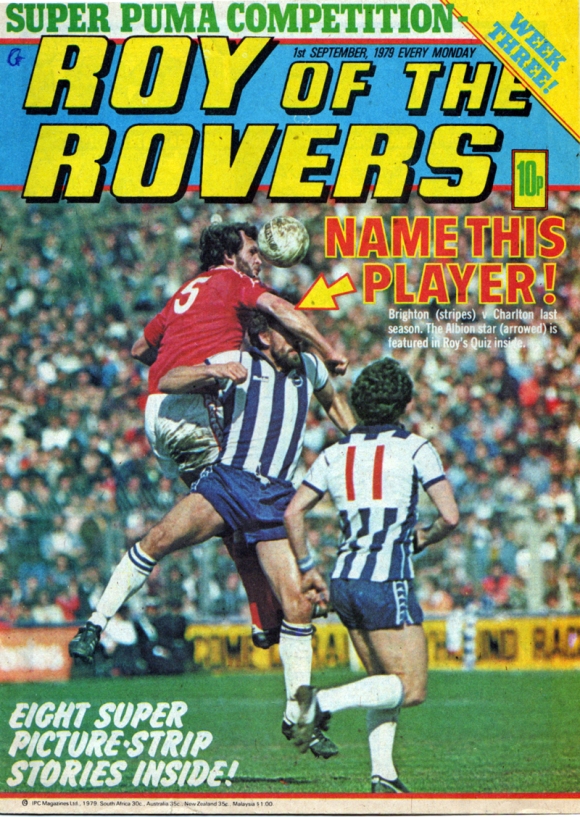 Here’s the match report from Jack Steggles of the Daily Express:

The South Coast took on a carnival atmosphere yesterday a Brighton kept bang on course for promotion from the Second Division.

The glorious weather brought a crowd of 30,859 – the second biggest of the season – to see the league leaders.

Brighton added a refreshingly different touch by adding the Ray Shields Big Band at the cost of £600.

They welcomed the Seagulls onto the pitch with ‘In The Mood’ – which is what Brighton were in a blistering opening spell. 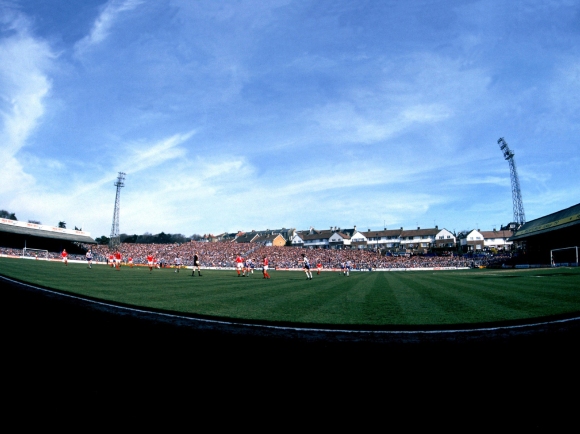 They tore Charlton to pieces with superb football and should have been two up before the impressive Paul Clark – ‘The Tank’ to Brighton fans – achieved the breakthrough with a magnificent 11th minute goal.

A free-kick from Peter O’Sullivan was headed away by Peter Shaw to Clark, who brought it down with his right foot and struck a left foot volley of unbelievable power from 25 yards.

The goal seemed to be the first of many for Brighton, bristling with ideas and aggression, were in absolute control.

But they failed to build on that lead.

They could have brought the band back at the interval to play ‘The Carnival is Over.’ 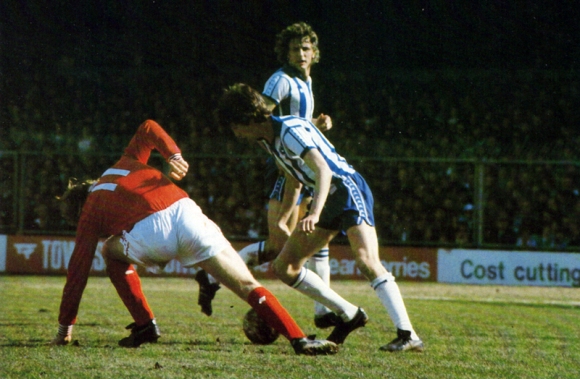 Lawrenson uses his skill to put Gary Churchouse off balance, while Rollings covers the space behind.

But Brighton did finally manage a second in the 76th minute when the unfortunate Shaw turned an O’Sullivan cross into his own goal.

You could see the tension lift from them. 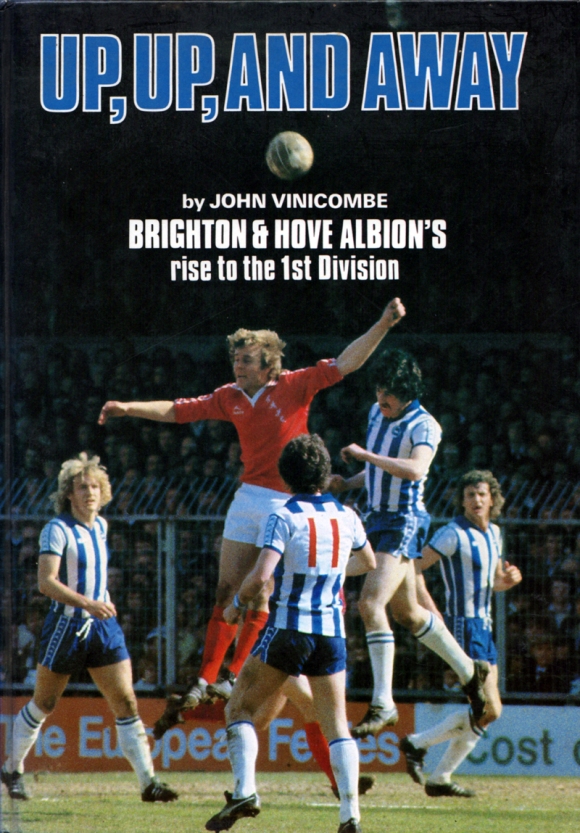