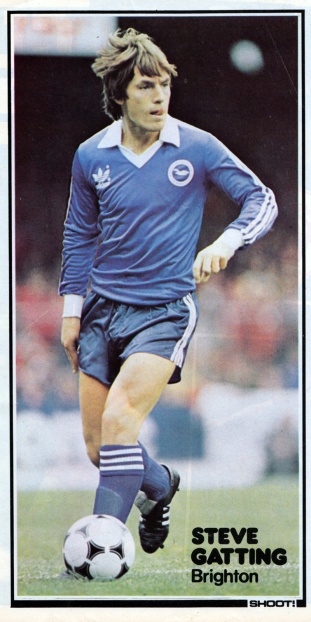 If Mrs Vera Gatting had assessed her sons correctly, young Steve would be sweating it out in India and mighty Mike would be the talk of the Goldstone Ground.

The mother of England’s muscular middle order batsman and Brighton’s emerging First Division defender had no doubts that both would be sporting successes.

She said: ‘It’s just that Mike was always the aggressive one and still is, for that matter. I thought football would give him the chance to use that aggression. Stephen was quieter and more suited to cricket.

‘And Don Bennett, the Middlesex coach, once told Steve that if he ever gave up football he would be welcomed with open arms at Lords.’

Steve, at 22, is two years younger than Mike, moved to the South Coast this season from Arsenal, the club he joined as a schoolboy.

He said: ‘Mike and I were lucky because our parents worked behind the bar at a sports club at weekends. We used to spend all our time out in the open. 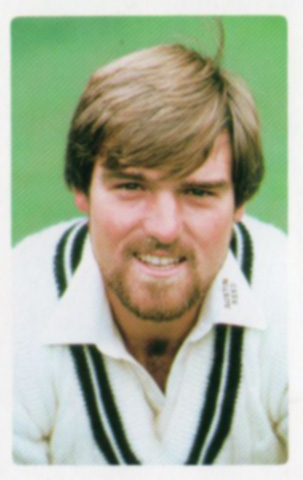 ‘I am still a big cricket fan, playing as often as I can. But these days I only get the chance to watch Mike when Test matches are on TV.

‘I think he will mature into a fine Test player, but he needs a big score for England to build his confidence.

‘I remember, though, that he took a long time to get his first 100 for Middlesex and once he had broken through the barrier he went on to get quite a few.’

If Mike bags his elusive Test ton in India this winter, it would be the excuse for a double celebration in the Gatting’s North London home.

‘Sure the lads have given me a lot of stick about that’, grins Steve, ‘They are all going around calling me Mooro’.

‘I don’t mind the leg pulling, though, I am quite delighted the boss said it because it does me credit.’

Nobody is more delighted at Steve’s success with Brighton than his elder brother Mike.

‘Moving to Brighton was the best thing Steve ever did’, said Mike. ‘He wasn’t being given a chance at Arsenal. He only got a game when somebody else was injured and they stuck him in any old position.

‘It didn’t matter how well he played, he always seemed to be out again as soon as the other bloke was fit.

‘Mike Bailey at Brighton seems to have given him the chance to be a key player and he is playing the best football of his life.’

The Gatting boys have played cricket and soccer together all their lives. In fact, when they were very young it almost looked as if Mike would turn out to be the footballer and Steve the cricketer.

‘I played soccer for Watford juniors as a full back and Steve, who is a wicket-keeper and bats a bit as well, has played for Middlesex second team’, said Mike.

‘We have played cricket together for Brondesbury Cricket Club who are in the Middlesex League, and Steve still plays for them.

‘But Steve’s build suited him better to soccer than mine. He is tall and thin and he is very fast. But I am short and stocky. I can still get about a bit but my physique is better suited to cricket.

‘He is always pulling my leg about me taking to cricket because I could see that he was going to be a better footballer than me. That’s not quite true and at least I’ve been lucky enough to make it into the England team.

‘What I would really like now is for Steve to go all the way and play soccer for England. I could be wrong but I think the last pair of brothers to do that were the Comptons… and Dennis played for Middlesex.’ 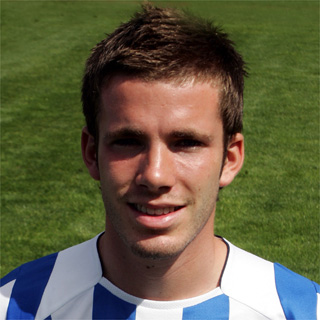 Unfortunately, Steve did not make the step up to international duties for England, despite his stylish and consistent performances for Brighton in the First Division.

Decades later, Steve’s son, Joe Gatting (left) followed in his father’s footsteps, playing for the Brighton first team in 2006 before being released in October 2008. Joe now plays cricket for Sussex.

2 thoughts on “The Gattings at play”