In the 1970s and 1980s, the Evening Argus newspaper was living in the dark ages compared with the lesser known West Sussex Gazette, which sometimes offered glorious technicolor coverage of Brighton & Hove Albion. I have a wonderful edition that shows the 1979 promotion parade in colour, but I’ll save that for another time.

Rolling on four years, Brighton were still in the First Division, but struggling to maintain its place in such lofty heights. Nevertheless, they were still hero-worshipped by Seagulls fans lucky enough to be growing up in the town at the time. On Thursday 27 January 1983, the West Sussex Gazette reported on a young mascot’s big day, one where he was made highly welcome by towering Albion skipper Steve Foster: 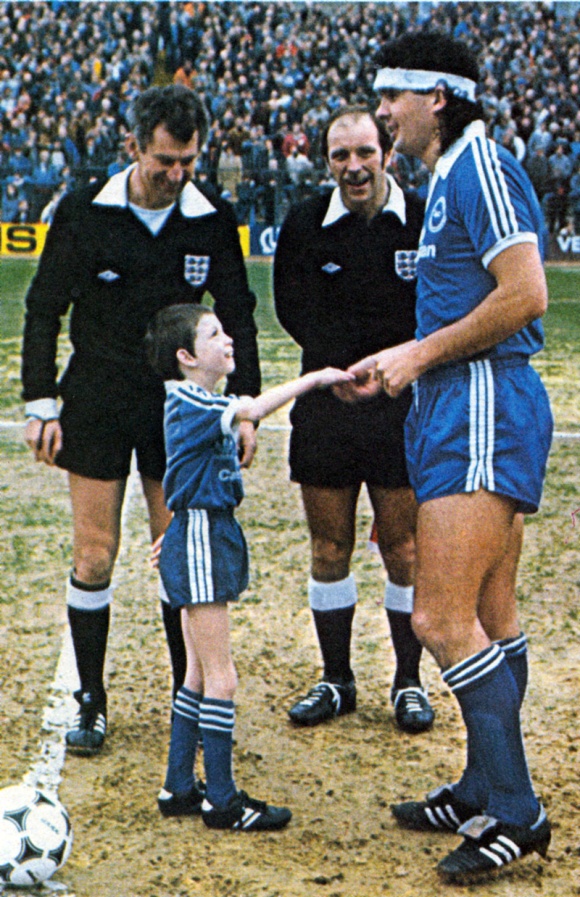 A dream came true for ten-year-old Jason Byrne on Saturday. He changed into football kit and led out the Brighton & Hove Albion team before their match against Luton.

Jason, who lives in Coombes Road, Steyning, regularly watches all the team’s home matches and has longed to meet his hero, player Peter Ward.

His grandfather, Mr Ernest Lidbetter, of Storrington, tried to arrange a meeting with the team by writing to Jimmy Savile. But when that failed he wrote direct to Brighton and Hove Albion themselves.

Yes, you read that right. Just as well!

So, Jason became mascot for the day to the team he avidly supports – and it was a double celebration for his family. His debut before the crowd was on his mother’s birthday.

“It could not have been a better birthday present. When I watched him lead the team out I was overwhelmed and it brought tears to my eyes, says Mrs Sandra Byrne after the match.

Jason’s father, Mr Michael Byrne, was also there to watch his son have a kick around with the Brighton team before the match. He had bought tickets for all of Jason’s grandparents so they could watch.

Jason is a very keen footballer and players for the under-11 team for Steyning Strikers. He is a pupil at Steyning Junior School.

He had his autograph taken with his team, and Peter Ward, and with the referee and now has a referee’s whistle from the match to remind him of his big day.

He kissed the coin for good luck before it was spun to start the game – but the two goals it brought Brighton was not enough: they lost 2-4. 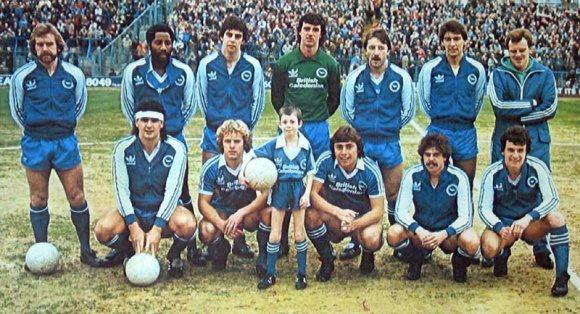