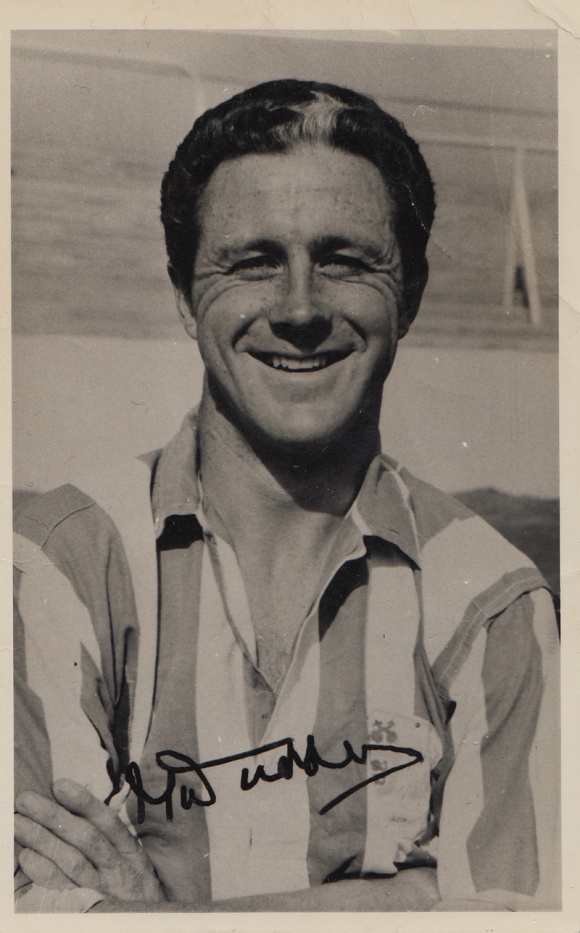 “Tiddy’s late! Tiddy, Tiddy, where can he be?”
“Sorry I’m late, I was preaching in Patcham”

When he wasn’t dashing down the flank as an outside-right for Brighton in the late 1950s and early 1960s, the grey-haired (at least in the middle!) Mike Tiddy was a Methodist lay-preacher. He had spells at Torquay, Cardiff and Arsenal before joining Brighton in October 1958. Because of his role as a preacher, he did not figure in Christmas and Easter fixtures.

In this article, from Charles Buchan’s Football Monthly, he discusses the manner in which his work for the Church colours his personal attitude towards football, how he is treated by other players and what he thinks of spectators: 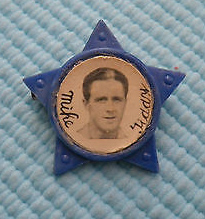 I work for the Church when I am not playing football, and many people cannot understand how I can combine the two. They ask me why I take part in professional football when there is so much talk of matches being fixed and of players taking bribes.

Well, there is good and bad in everything, in sport no less than in other aspects of life. As a Christian I try to live up to my beliefs in a practical way, and I feel should be interested in trying to do some good in whatever activities I follow.

One of the great lessons to be learned in life is to play the game the straight way. Play it hard if you like, take knocks and give some back – but always in a fair manner and without vicious retaliation. 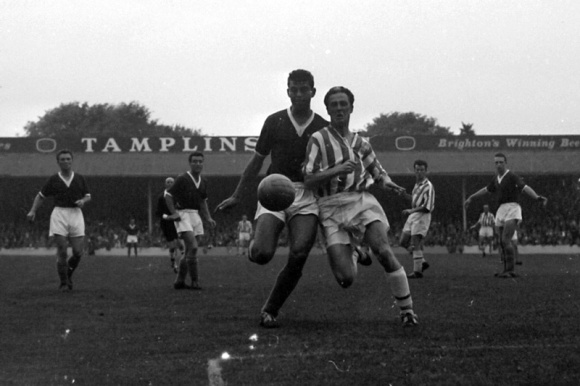 There was a time – not so very long ago – when I didn’t play Soccer hard enough. Maybe I was trying to be too much of a gentleman. But some of the fans began to think I was afraid of getting “stuck in”.

Now I play the game hard. Football, after all, is a man’s game, the finest in the world when played in the right spirit of keen competition. These days I go into the tackle with more zest and bite, and I am enjoying my game even more.

I can’t help feeling that I have a first-class opportunity of trying, in my small way, to get over a message – through example – to thousands of people. I don’t have to say a word. If I can play the game hard and fairly then I have achieved something.

Sometimes I hear a spectator shout something and perhaps refer to me as a ‘parson’. That makes me feel good, and gives me something to live up to.

I remember playing against a back who hit me right, left and centre. Eventually, we both sprawled on the turf, and he grunted: “You amaze me, Tiddy. I keep kicking you, but you don’t do anything about it.”

At the end of the game he came over for a handshake and we have been pals since then.

Mark you, I am often tempted to lose my temper but I am certain that my Church upbringing helps me to keep it in check.

The great majority of professional footballers are fine fellows. They are healthy sportsmen with good morals. Ignore the tales you hear of drinking and immorality among players.

Take it from me that most of the lads live for their football, and keep themselves fit in the mind as well as body.

How do they react to my views? I receive respect from them, int he dressing room and on the field.

Some people might think of chaps like me as being prudes or cissies. Well, I can only say that I have always felt I have been one of the boys with all the clubs I have played for.

I like to join in the fun and leg-pulling. I like to play in the card ‘schools’ on long away trips.

I get a lot out of football, but the biggest thing is learning to take defeat as as well as success. We haven;t started to conquer life until we can do this in the right spirit.

And here I think I ought to pass on this same advice to certain spectators! They take defeat with far less grace than most players.

I don’t think television will take most of the fans from the terraces, for there is nothing quite like the real thing… the electric Soccer atmosphere and letting off steam.

My advice to young players is: Play football the best way by doing the easy thing slickly and accurately. But I must warn you that the easy things in football can be the most difficult.

Interesting to read Tiddy’s dismissal of the impact of television on football. He must have been thinking of the rather ropey TV coverage of the FA Cup game between Brighton (in the dark shirts) with Bath (stripes) which managed to – scandalously! – miss his winning goal:

The record attendance at Twerton Park, 18,020, also ably demonstrated that there is no substitute for seeing a game in person.