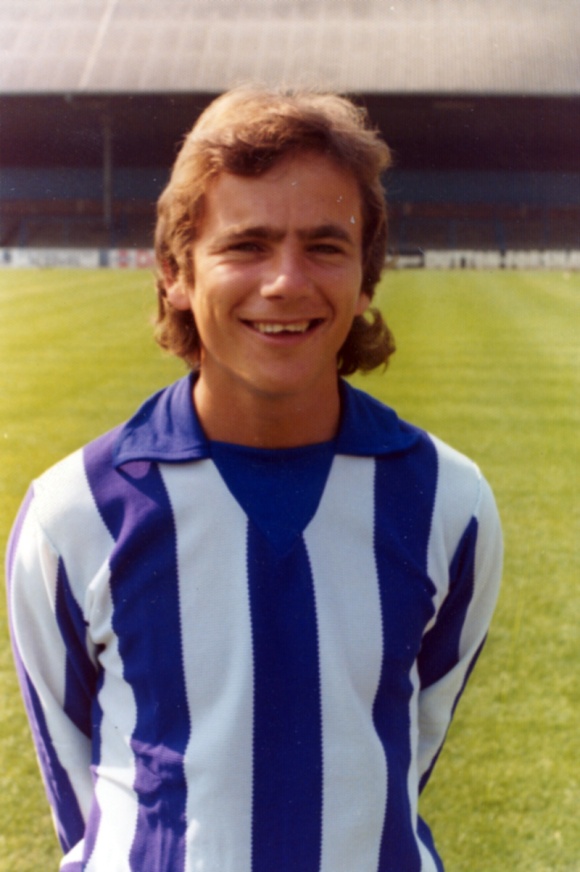 Extract from the Millwall v Brighton programme from 2005/6:

“It was a dream come true when I joined Brighton, and I remember my debut against Luton as it were yesterday. They were on a great run at the time, unbeaten in 12 games I think, whilst we hadn’t won in as many, but we beat them 2-0 that day although we still got relegated. We regularly played in front of 15- or 20,000 at the Goldstone Ground and there were certainly some eventful times, most notably when Brian Clough took over as manager. In one game that was shown on TV we were beaten 8-2 at home by Bristol Rovers, with Bannister and Warboys having a field day. Mr Clough wasn’t best pleased with that afternoon. I played with some decent players there, people such as Peter Ward, Brian Horton and Ian Mellor. Alan Mullery was the manager when I left. he called me in one day and told me George Petchey wanted to sign me for Millwall, and that was that. I wasn’t in the side regularly at that stage so I thought it would be a good move. As it turned out, Brighton were promoted to the old First Division at the end of the season whilst Millwall were relegated to the Third.

I later had a spell in the First Divsion with Wolves, although we only won four games in the whole season. I actually didn’t do two badly personally and there were one or two highlights, including winning at Anfield and scoring with a header past Chris Woods when we beat Norwich 3-1.

I was very sad a few years back when the Goldstone Ground was sold and Brighton ended up playing at Gillingham. At least they’re playing back in Brighton now, and I have been along to see them once or twice.”