rocker959 posted some excellent pre-season snaps on North Stand Chat a few months ago. Austrian Gull sums it up nicely:

Worst shorts worn by a professional football team EVER. 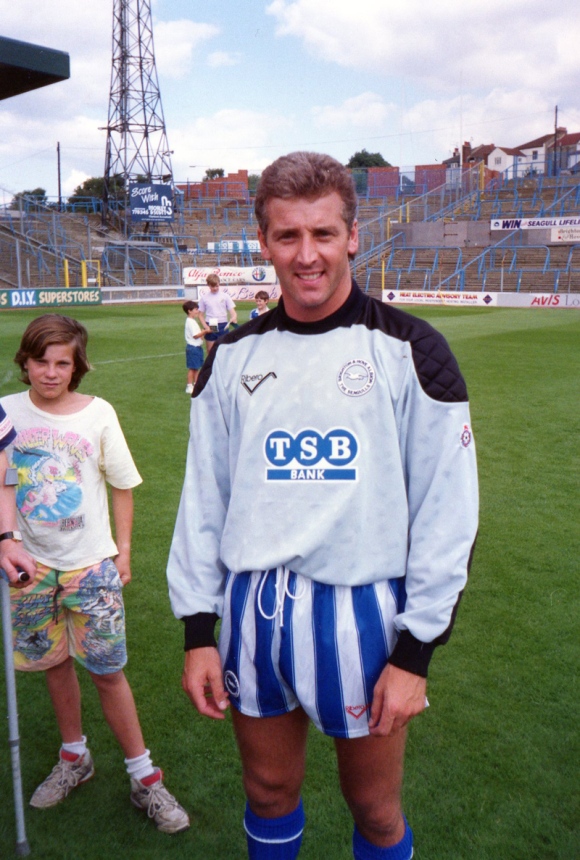 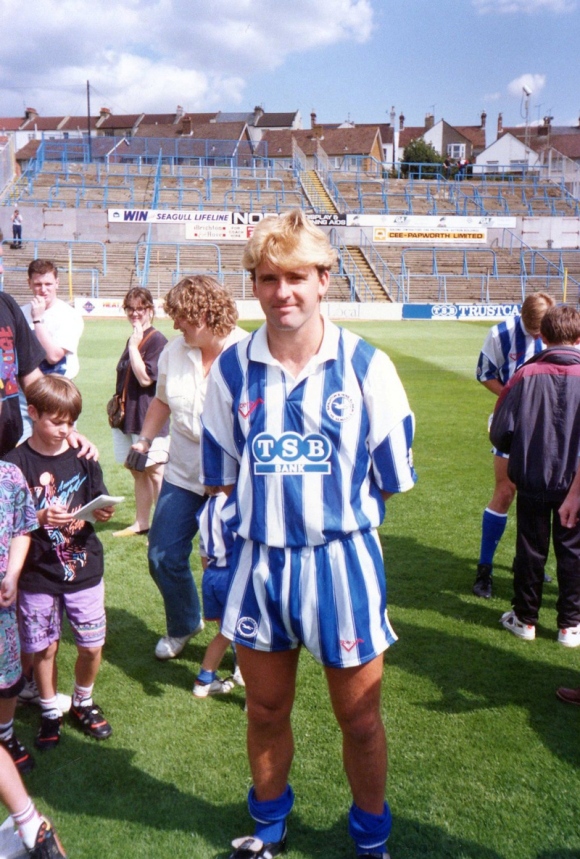 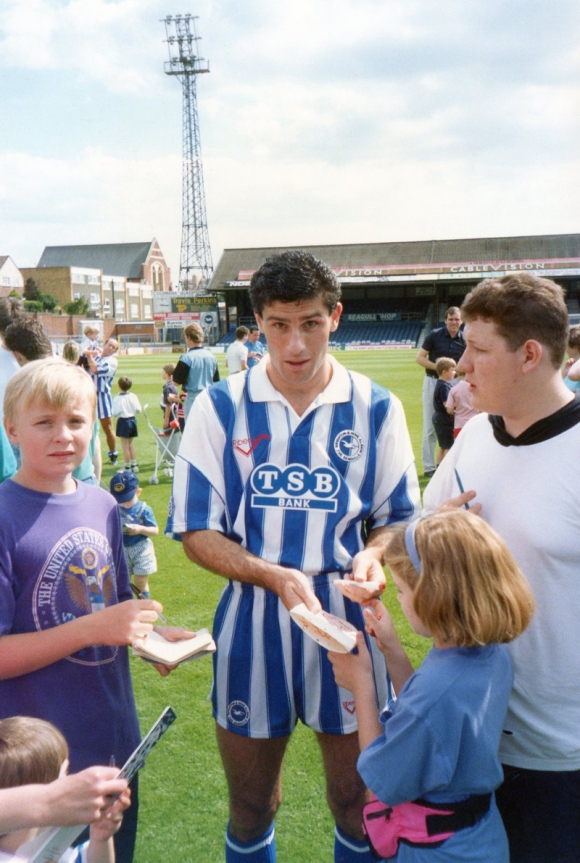 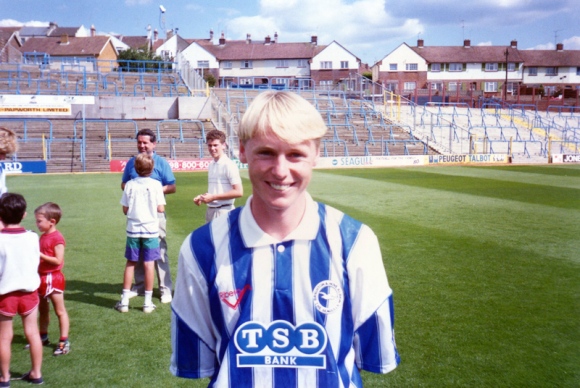 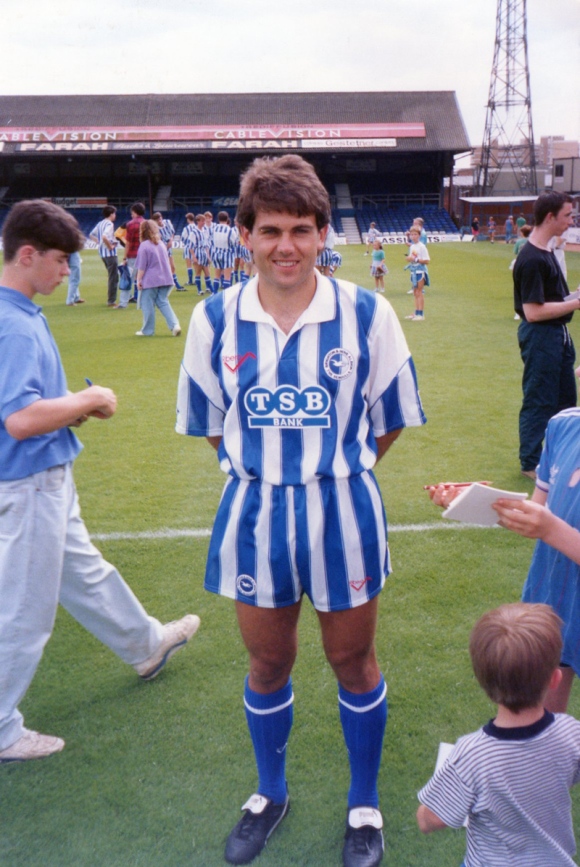 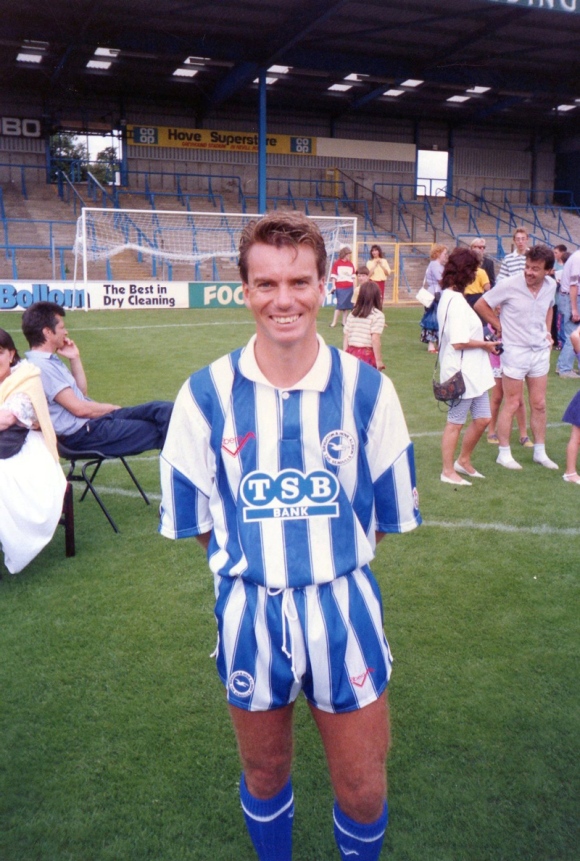 Fitness is the game

Taken from the Albion programme v Port Vale in September 1991:

When he isn’t providing service from the Goldstone wings – or scoring vital, quality goals! – Mark can often be found on a tennis court. “I play a lot during the summer to help keep me fit. But I like most sports, especially golf and snooker,” he says.

Born on July 12, 1962, Mark arrived at the Goldstone for a trial in December 1989. His performances soon persuaded manager Barry Lloyd to offer him a contract and, since then, he has been a valuable member of the side.

He can play on either wing and already this season has proved he has an eye for goal – scoring a stunner against Barnsley in the last minute, followed by a header in the next game, against Wolves.

He spent nine seasons at Norwich City, was selected for England’s 1982 tour of Australia, but hopes of a run of England appearances were ruined by injury. Previous clubs include Huddersfield, Middlesbrough and West Bromwich Albion.

In all, the tricky winger made 88 appearances for the Albion, scoring 13 times, before being released at the end of the 1991/92 season, following the Seagulls’ relegation. Nevertheless, he played in the pre-season friendlies in 1992, before joining Shrewsbury on a free transfer in September. While at Gay Meadow, injury put an end to his professional career.