2 Comments
Around The Goldstone, Media Coverage

Here’s Arsenal’s Frank Stapleton at the Goldstone Ground with its prominent white Townsend Thoresen advertising in the background: 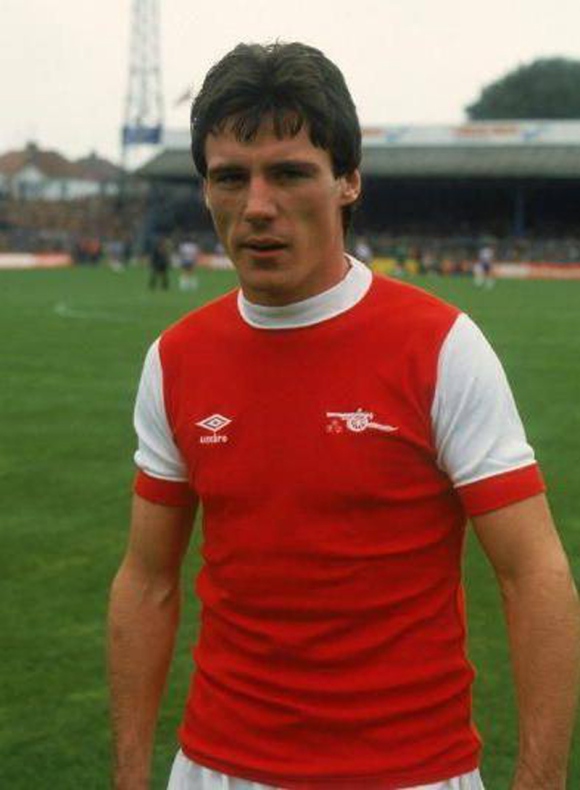 The photo was taken just before Brighton’s first ever match in the top flight, in August 1979. Frank, one of Europe’s most feared strikers at the time, holds the distinction of scoring the first ever goal in the Seagulls’ four year stay in Division One. He beat Eric Steele with a thunderous shot from 20 yards in the Gunners’ 4-0 victory.

Two season later, in October 1981, and by then a Manchester United player, Frank partnered Michael Robinson up front in the Republic of Ireland’s famous 3-2 victory over France at Lansdowne Road. Here is Robbo giving a clenched fist just before kick-off:

Suffice to say, had Robinson and Stapleton played together up front for Brighton at the time, the team would have finished considerably higher than 13th in that 1981/82 season. As it was, both strikers were on fire that day and scored in a magnificent performance:

The following 1982/83 campaign, Stapleton’s eye for goal proved a considerable thorn in the Seagulls’ side at Wembley, bundling in Manchester United’s equaliser in the first match.

Frank’s career subsequently took him to Ajax, Anderlecht, Derby, Le Havre, Blackburn, Aldershot, Huddersfield and Bradford. After being sacked as player-manager of Bradford City, he joined Brighton to help out his ex-Gunners team mate Liam Brady in 1994/95.

Considerably past his best, the Irish marksman made his Seagulls debut as a substitute at the Goldstone against Bournemouth in a 0-0 draw in November 1994, before starting up front against Cardiff in a 3-0 defeat. Here he is in a Brighton shirt: 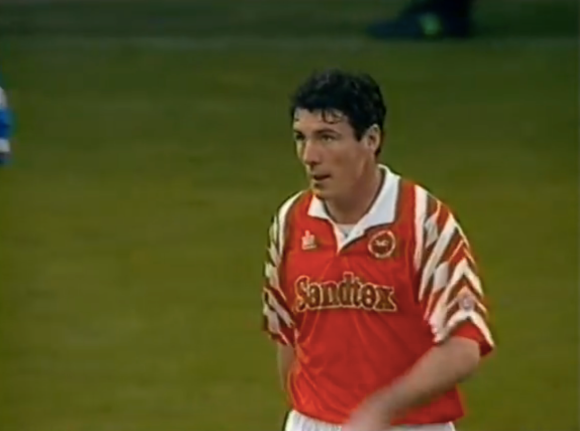 You can see match highlights from his last ever match as a professional player here:

While at Brighton, Frank applied for the vacant managerial post at Oldham. He then became QPR’s reserve team coach under Ray Wilkins before resigning in February 1995. After that, Stapleton was appointed head coach of New England Revolution, in the new American Major Soccer League, but resigned that summer. Frank currently works as assistant manager of the Jordan national side, as number two to Ray Wilkins.