Albion have never had it so hard 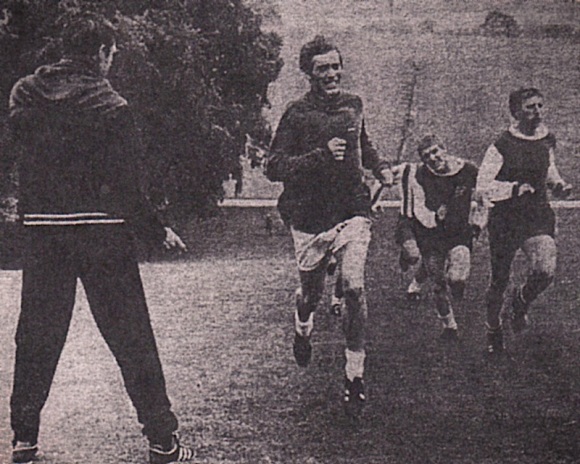 Albion players were unanimous: “We’ve never trained like it before… never.’ That was all they had breath for, and it was back to the start line for another race up a 90-yard one-in-four gradient at Stanmer Park, writes John Vinicombe.

This is what they call ‘The Hill.’ When manager Pat Saward first set them pounding up, many collapsed afterwards, several were physically ill.

This has been part of the training for several days now, and the times are getting faster. Some, like young Martin Tew and John Templeman, can make it in 12 seconds. Others take 15 – and several minutes to recover.

A session on ‘The Hill’ means six or seven dashes, and results are carefully noted and times posted for all the players to see.

Said Saward: “The lads are giving me 120 per cent. They’re putting everything into it, and training is going very well indeed.” 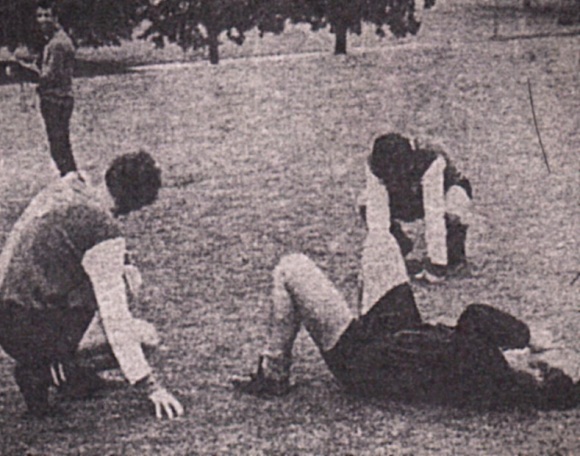 Geoff Sidebottom has collapsed, while Dave Turner (right) and Kit Napier sink to their knees.