Leave a comment
By Goldstone Rapper Around The Goldstone, Media Coverage, Photo Opportunities 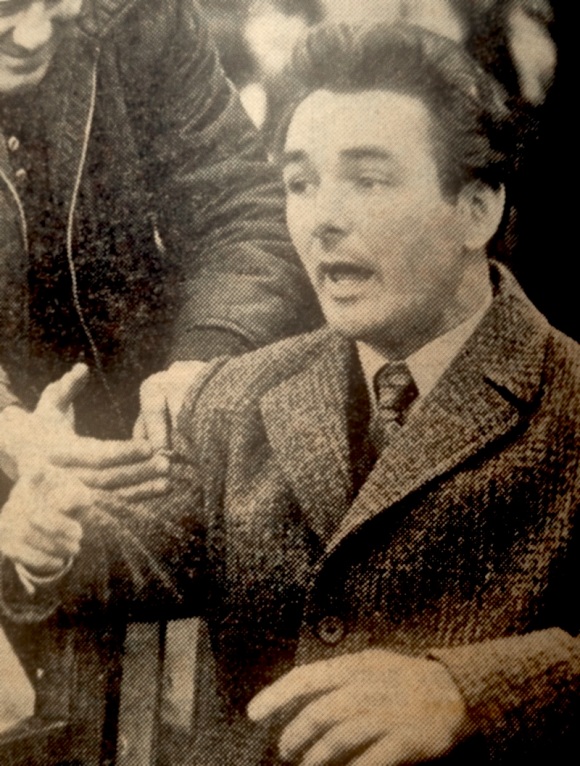 After achieving their first Brighton win, a tight 1-0 victory over Walsall in November 1973, Brian Clough and Peter Taylor had to endure two grim 0-0 draws before an atrocious run of five successive defeats including the infamous capitulations against Walton & Hersham (0-4) and Bristol Rovers (2-8). They then watched further defeats to Tranmere (1-4), Watford (0-1) and Aldershot (0-1).

With Albion morale at an all-time low in November and December, Clough and Taylor set about bolstering the squad. After the annihilation by Bristol Rovers, Clough told Brian Moore on The Big Match:

‘No one’s going to panic Peter Taylor and I into doing something we don’t want to do. If we have to sit through 8-2 defeats for the next six weeks before the type of player we requires comes on the market we’ll do just that.’

In the end, they did make signings. The only problem was that the pedigree of their captures was not the kind to set pulses racing. Still, most of them did a sound job as Albion sought to escape the relegation zone.

York keeper Ron Hillyard had already joined the Albion on loan to cover Brian Powney. This was before the accomplished Peter Grummitt, another loanee, arrived to become first choice as keeper after the Rovers debacle, quickly making his debut in a 4-1 pasting at Tranmere. 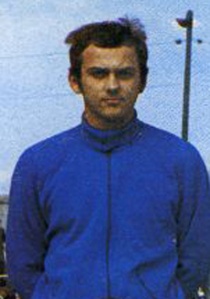 Then reserve central defender Ken Gooveve, aged 23 (left), was signed for £20,000 from Luton Town. Not completely unsurprisingly, for player who had only played fifteen times for the Hatters in three years, Goodeve’s form was patchy to say the least. As John Vinicombe commented in the Evening Argus:

The chief disappoint so far has been the failure of Ken Goodeve to recapture his Luton form. Goodeve, who started in the back four with Albion at Tranmere, has subsequently appeared in midfield and so far not made his mark.

With a lack of proven quality on the market, especially for the money that Brighton could afford, Clough and Taylor had little choice but persist with a policy of signing other teams’ reserves. Before the narrow home defeat to Aldershot on Boxing Day, they also made a double swoop for midfielder Ronnie Welch, 21 (below left), and left back Harry Wilson (below, right), 20, from Burnley, for £70,000: 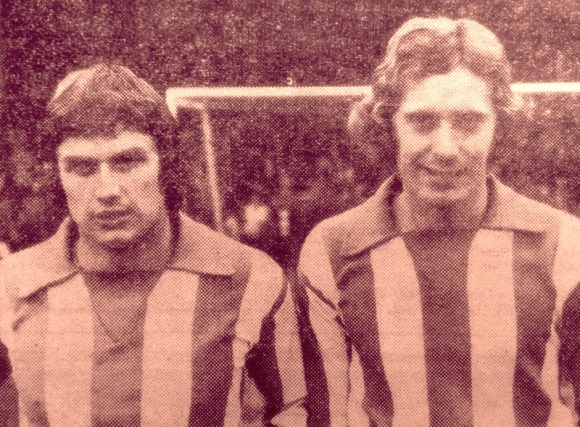 Early signs of both ex-Burnley lads were promising. Wilson acquitted himself well in his debut against Aldershot. After a subdued first-half Welch had a storming second half against the Shots, impressing with his energy.

On 29th December 1973, this reshaped Albion side finally arrested their decline with an encouraging 1-0 victory over Plymouth with Ken Beamish’s second half effort deciding the match. It was a result that kept Brighton in 20th position in Division Three, one place above the drop. Argyle’s side featured a young Paul Mariner. As well as seeing one Mariner effort hit the bar, Peter Grummitt showed his quickfire reflexes in turning another effort away from point blank range. In his report, Wilson and Welch also drew enormous praise from Argus writer John Vinicombe for their play:

After two matches Harry Wilson, the 20 year old left-back from Burnley, is looking something of a fire-eater. He has a rare zest for the game and relishes the close, physical contact that is synonymous with his position.

He knows how to destroy and create, and does both in a manner befitting a five year background at the academy of fine footballing arts. His colleague from Turf Moore, Ronnie Welch, is not so completely extrovert, but is no less involved in midfield, and has a fine turn of speed. He made one mistake through trying to play the ball instead of hoofing it away, but this can only be described as a ‘good’ fault.

Wilson was to make the number three shirt his own for the rest of the season. As for Welch, he continued to impress, so much so that when Norman Gall was absent in February and April later on in the season, the captaincy was passed on to the youngster. Unfortunately, the burden of being skipper at such a young age affected his form for the side. For Goodeve, his fortunes did not recover. Dropped to the bench against Plymouth, he was to play just two more matches for the Albion, two defeats at the end of March 1974, before joining Watford in June.