The forgotten FA Cup match of 1983 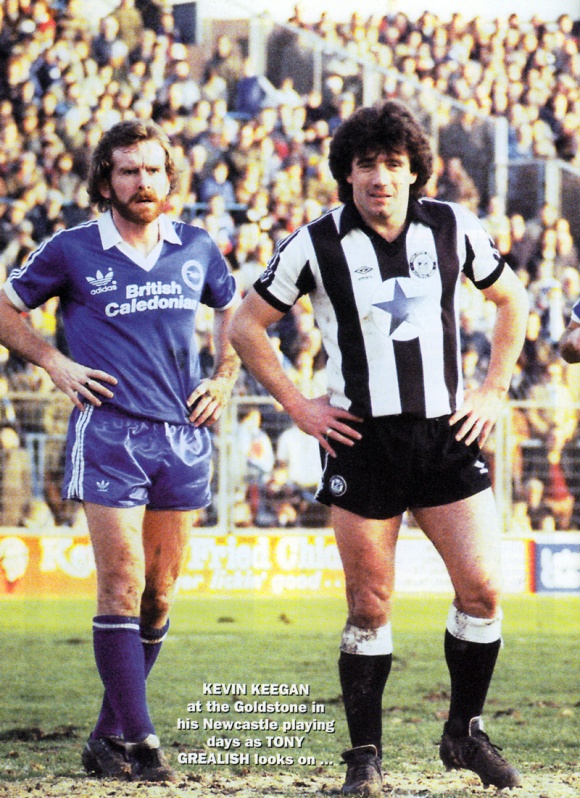 Brighton famously embarked on a glorious FA Cup run in 1983, but it began inauspiciously. Who can remember much of the January afternoon at the Goldstone when the Seagulls were held by Second Division Newcastle, Keegan et al?

Here’s John Vinicombe’s thoughts in the Evening Argus in the aftermath:

A series of mixed blessings attach to Albion’s FA Cup replay at Newcastle on Wednesday.

For a start, they are still in the competition, albeit with a slimmer chance of reaching the fourth round.

And although skipper Steve Foster’s two match suspension is now advanced by the course of events, he will be eligible for the important First Division match at home to Luton Town on January 22.

There is little doubt to my mind as to which is the most important engagement from the long-term point of view. Retaining championship status is all-important, while the cup has so often proved a flight of fancy for Albion.

Can anyone seriously imagine them winning it, or even reaching the final?

No, no one at the time could have imagined Brighton doing that. How wrong we were all proved to be!

Far from benefiting the side drawn at home, the Goldstone pitch was certainly problematic for Melia’s Brighton side trying to play a more flowing game with three strikers:

Conditions reduced Saturday’s affair to a lottery, although the 1-1 draw was right on balance, and the ground was the same for both sides. But what has happened to that stretch of grass that was once known as Frankie Howard’s pride?

After 15 minutes or so, divots were carved out everywhere, and it was putting an impossible premium on skill asking players to run with the ball, or pass with any certain degree of accuracy.

Newcastle had the better of the play early on with Steve Foster slipping:

An untimely loss of balance let Keegan in and Graham Moseley deflected for a corner when Albion could so easily have gone a goal down. Again Moseley rescued Albion with a flying, one-handed save from Keegan. This was at 23 minutes when Newcastle were much the better side.

But suddenly they were put under pressure when Andy Ritchie’s shot was cleared off the line by John Anderson.

Varadi looked sharp, and so did Chris Waddle who continually pushed up on the left, and had a fascinating duel with Chris Ramsey.

Only 21, Ramsey has the youth to triumph over stamina tests, and Giles Stille also gave Melia what he wanted with non-stop running.

Brighton took the lead on 56 minutes:

When Stille’s cross came over after snapping up a poor clearance, the ball took a slight deflection off Clarke. This found Ritchie on the left in plenty of space. For what seemed an eternity he fidgeted to find a spot, and then appeared to mis-hit the shot. The ball, however, rolled gently past Carr’s right hand.

1-0 to the Seagulls, who were then on top, even gaining their first corner on 65 minutes. Even so, Newcastle battled on and had a penalty claim for a supposed push on Keegan by Gary Stevens but the referee did not award it. As Vinicombe noted:

Plenty of referees would have given a penalty but Tony Glasson hasn’t been on the list for 24 seasons for nothing.

However, Newcastle did hit back a minute later:

In terms of experience, Newcastle have the edge. Apart from Keegan, there is a wily and abrasive Terry McDermott whose 77th minute equaliser capped a shrewd piece of kidology.

When Moseley turned the ball round for a corner, McDonald’s flag kick came to Keegan, and he dummied for McDermott to drive home a beauty.

While appearing to turn it on and off in patches, McDermott was always threatening, a similar sort of role to Case, except Case didn’t score.

Graham Moseley pulled off a great save from Newcastle’s Mick Martin late on, while Stille just failed to connect with a Jimmy Case cross.

When the final whistle blew, it was all-square. A replay was hastily arranged for St James’ Park, where Peter Ward proved keeper Kevin Carr’s master once more, just like in 1979.