All is forgiven, by Rollo and Ramsey 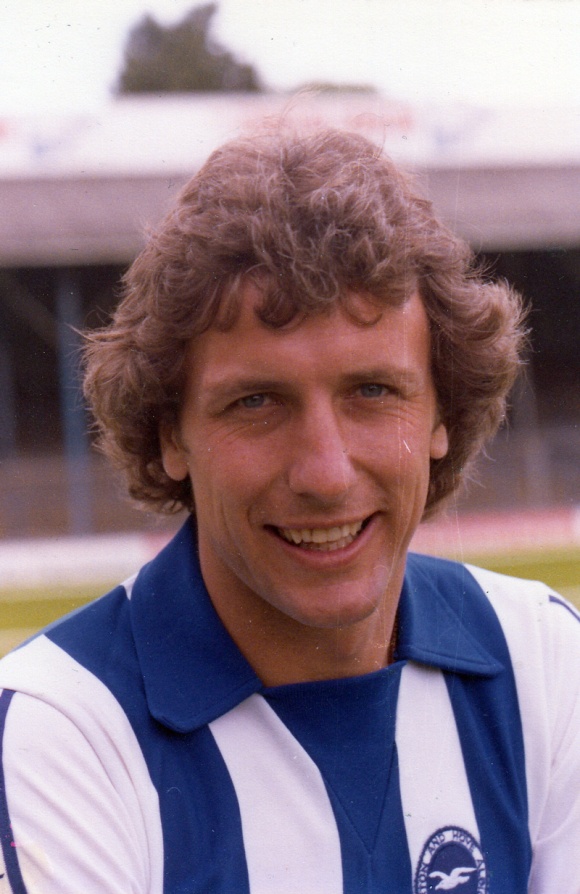 A scratched photo of King Rollo

You may be interested in reading an interview of Andy Rollings by me in the current Viva Brighton magazine (January / February 2014).

When I spoke to ‘Rollo’ last month, I was eager to ask him about his notorious clash with Justin Fashanu in October 1979 in Andy’s penultimate match for the Seagulls. You can see the no holds barred battle below:

In his match report at the time, John Vinicombe drew attention to something underhand that may have contributed to the injuries sustained:

Nobody in authority seemed to have a clear view. Suddenly, Rollings was lying on the ground and then taken off holding his nose. A clue was spotted by Albion’s club doctor, Herzl Sless. He later asked (referee) Daniels if he had spotted a large signet ring Fashanu was wearing.

In Sless’s opinion, the ring should have been taken off before the start or covered by a protective tape. Daniels said it had gone unnoticed and thanked Sless for his observation. The piece worn by Fashanu was likened to a knuckleduster and could easily have accounted for the injury to Rollings’ nose.

However, when I met Andy, he wasn’t able to confirm it either way:

“I couldnt tell you to this day. I always used wear a ring but always had it taped up. With Justin Fashanu it wasn’t a big nugget. It could have been an elbow. I didn’t have too many issues. Football then was that type of game, about winning your battle. Sometimes people will overstep the mark. That was their choice. It was a bit sad for that to be my last Goldstone game, but what a way to go!”

Rollings left for Swindon at the end of the 1979/80 season before turning out for Portsmouth, Torquay, Brentford and Maidstone. 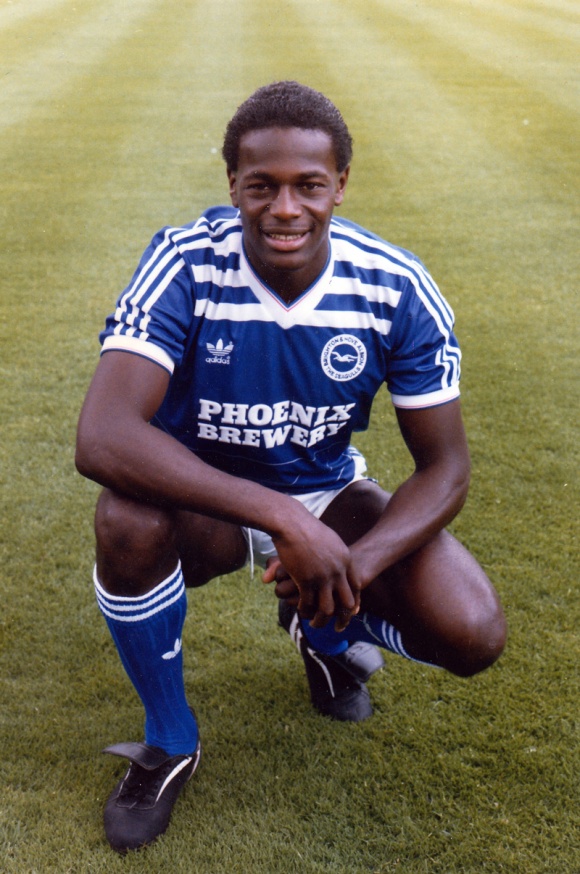 Unexpectedly, Andy rejoined Brighton as a non-contract player under Alan Mullery in 1986/87. I wonder if he encountered Justin Fashanu again, who was in the process of retiring through injury from the game in July 1986. Awkward moments in the dressing room? Stand-offs in the canteen? Andy says no:

“The only time I did encounter him was when I was with Portsmouth. We won the Third Division Championship. and they took us all to Marbella with girlfriends and wives. Funnily enough, he was over there. We shook hands. We didn’t hold any grudges and both accepted that what happened was all part of the game.” 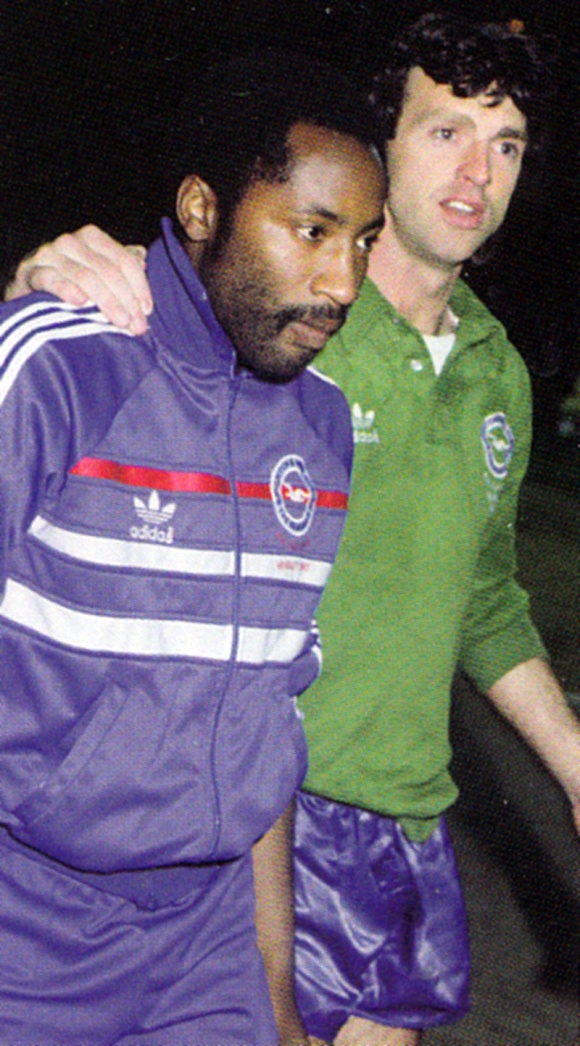 Likewise with Chris Ramsey, currently U21s coach at Tottenham Hotspur who helped in a caretaker team once Andre Villas-Boas was sacked. As you’ll recall, Whiteside’s awful foul on Ramsey in the 1983 FA Cup Final caused Brighton’s right-back to be substituted. Some say that it resulted in Manchester United’s equaliser. I certainly feel that Ramsey would not have been outmuscled by the waif-like Arnold Muhren, the way that Gerry Ryan was, before the Dutchman’s diagonal ball for Ray Wilkins’s goal to put united ahead. In Brighton’s matchday programme v Oldham on 24th October 2009, Ramsey said:

I saw Norman Whiteside about 12 years after (the Final) at a PFA do and we had a good laugh about it (Whiteside’s foul). We exchanged autographs and he wrote on my card ‘You went in high but I went in higher!’ To be fair he says in his book that he never intentionally went out to hurt anyone in his career, and that the only person he actually ended up hurting was me.

At the end of the day neither of us were angels, were we? I had my moments- I had a lot of moments come to think of it (Chris was sent off five times during his Albion career)! They were different times and the game was a lot more physical then, so those things used to happen unfortunately.

I suppose it’s not that surprising Ramsey was so relaxed about it. Off the field, he certainly knew how to chill out. Here he is listening to reggae music on his Sony Walkman!

One thought on “All is forgiven, by Rollo and Ramsey”