It seemed a perennial question for much of the 1980s and 1990s: should John Barnes play for England? Had he been able to regularly reproduce his Liverpool form, the answers would surely have been yes. But by February 1993, when Andros Townsend was just two years old and not quite ready for international duty, visions of Barnes’ sensational solo goal against Brazil in 1984 were quickly receding.

Following John Barnes’ performance and subsequent reception by the Wembley crowd at the San Marino game, 90 MINUTES LIVE enjoys a daytrip to the Goldstone Ground and asks Brighton and Exeter fans: Should Graham Taylor ever pick John Barnes for England again?

Below are the Brighton fans’ responses from the match (which incidentally was won 3-0 with goals from Kurt Nogan, Andy Kennedy and Clive Walker): 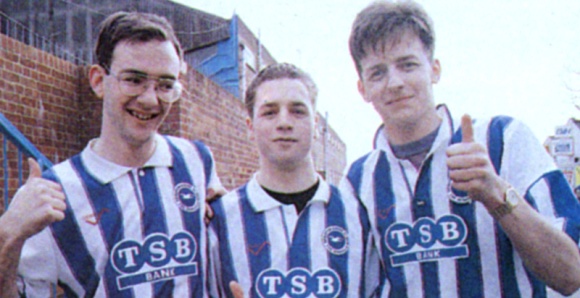 Matthew Perfect, Julian Coman & Neil Francis
Support Brighton
Matthew, 20: “No. His corners and crosses weren’t very good. I’d give him one more chance to see if he improves but if he doesn’t, then that’s the end.”
Julian, 21: “He should be dropped now and Chris Waddle should be brought back into the team. We need a flair player, someone who can put a decent cross in. Barnes shouldn’t be given another chance. I’m fed up with him.”
Neil, 20: “I think he’s had all the chances he needs. It’s about time he tried someone else. It’s Taylor’s fault. He’s been picked so many times by so many managers, they should have learned by now.”

Neil Picknell and Nick White
Support Brighton
Neil, 15: “He’s a good player but he keeps on being picked and not performing for England. Booing him was out of order, though. If he’s English he doesn’t get booed, but there’s too much young talent who would look like they’re trying harder than Barnes. he shouldn’t be picked again.”
Nick, 15: “I didn’t like the booing. It was disrespectful. He does his best but there are people who would do a better job. I’d definitely put Chris Waddle in there.” 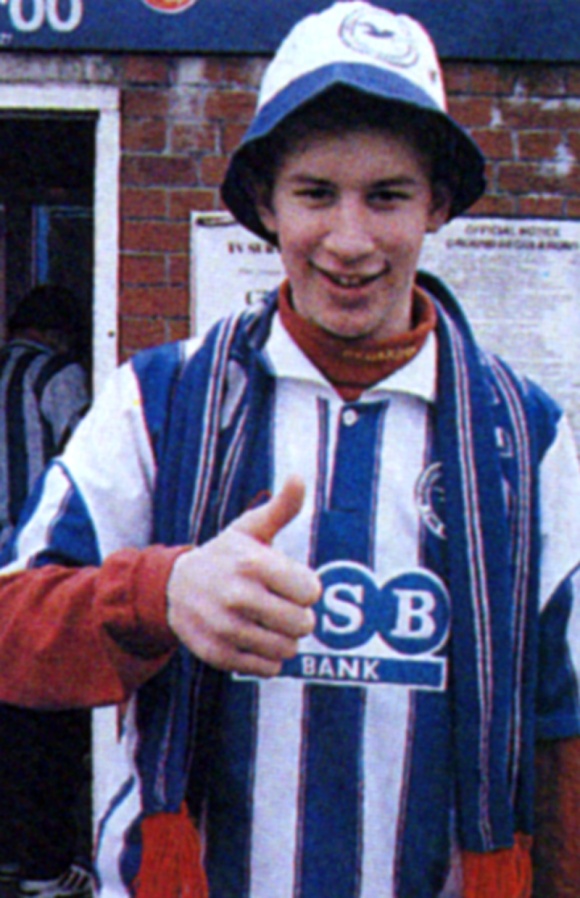 Simon McManus
Supports Brighton
Simon, 15: “No, he’s too old and slow. He was rubbish against San Marino – didn’t put enough crosses in. The booing was justified I think. I blame Taylor more, though, because Barnesy was only trying his hardest. Taylor should look at Paul Merson.”

Liz Peck and Helen Gibbs
Support Brighton
Liz, 18: “I wouldn’t pick him. He’s never really done anything for England, he’s a waste of space and there’s plenty of young talent that could probably do a lot better.”
Helen, 18: “There are so many young players around who could do a better job, he might as well pick them and give them the experience.”

Adam Holmes and Rob Townsend
Support Brighton
Adam, 14: “I don’t really like John Barnes much. He played well around the ’86 World Cup but I don’t think he’s got it any more. I’d put Andy Sinton on the wing.”
Rob, 16: “I wouldn’t play him on the wing. I’d play him deeper. It was forced on Taylor through injuries I think, because of Ian Wright not being there upfront. I’d still have him in the squad.”

Simon Verrall and Colin Curryer
Support Brighton
Simon, 21: “He’s like any other player, he has good days and bad days. If he’s having a bad day then he should be taken off. I’d still pick him though, he does work hard for the ball.”
Colin, 18: “He didn’t have a bad game against San Marino and we’ve tried putting other people in there. Who else is there? I could see Andy Sinton playing there maybe but nobody else really. I think we should stick with Barnes.”

(Click the image below to see the whole vox pops feature in all its glory). 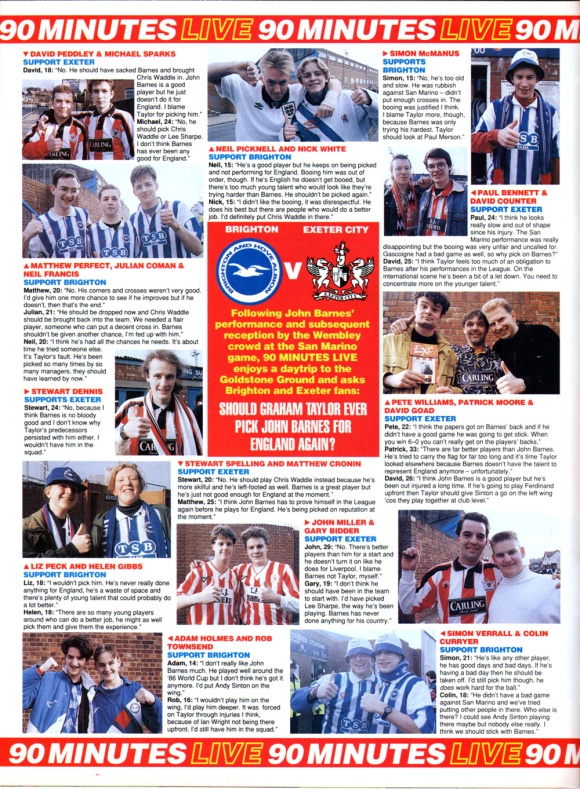 One thought on “Albion fans say no to John Barnes”