In 1971/72, a confident, enterprising Brighton side slaughtered Halifax 5-0 at The Shay in the Third Division on their way to runners-up spot. Such was their attacking might, they mustered 43 League goals away from home in a glorious march up the table.

However, the heart of the Albion side was broken apart the following season, with the likes of Kit Napier, John Napier and Willie Irvine departing, and Brian Bromley losing the captaincy, as the club lasted a single campaign in Division Two. With the frequency of the hammerings they suffered, a return to the lower reaches of the Football League seemed almost a merciful act.

Time to regroup and refresh in the less choppy waters of Division Three. And go for promotion once more, with this motley crew:

At least that was the plan. Yet by October 1973, hopes of a revival by Pat Saward’s men were dismantled by another atrocious start, with just two wins in eleven matches. Indeed, the Goldstone Ground proved a victory-free zone on the eve of the clash with Halifax Town on Saturday 13th. Again, disaster befell the side, as the Argus’ John Vinicombe reported:

With the halifax goalkeeper on the ground, Beamish loses the ball to Pickering.

The Goldstone nightmare continues: 540 minutes of sheer agony and six defeats in a row with just three goals scored and ten against. And defeat by a makeshift Halifax side was watched by the lowest crowd of the season – 6,228.

Towards the end many of the rain-or-shine fans had had enough. Their patience was so exhausted that they didn’t bother to barrack. By turning backs en masse on the match the faithful hundreds slipped away, too fed up to fling a last parting shot.

Surprise, surprise! An Albion attack by Beamish and Hilton is thwarted by the Halfiax defence.

Albion were dreadful. There is no point in searching for stronger adjectives. At home there is no semblance of confidence.

It is difficult to see what course now lies open to the club. The board, with Mike Bamber at the head, following Len Stringer’s resignation, back the manager. So do the players.

The worst start in living memory is grievously damaging to morale, and Mr Saward himself confessed that he was left speechless by this latest debacle. ‘I am in a fog. I just don’t know why they played as they did,’ he said afterwards.

He is brutally honest. Here we have a situation where the man who should be supplying the answers and remedies has actually admitted to being stumped.

In the 1-0 defeat, the Halifax winner was scored by striker David Gwyther six minutes before half-time, making sure after Wilkie had steered the ball past Powney, when there was an absence of an Albion challenge for the ball from Shanahan’s cross. Afterwards, Vinicombe contended that new players were needed at the Goldstone, but permanent ones rather than loans:

‘Too much reliance has been placed on temporary transfers and Albion have a bad name in the game as a result.’

He also drew parallels with 1962/63 when the club, having dropped out of Division Two, fell straight through to the Fourth Division. Flashing the cheque book did not save Albion then, and with an overdraft of over £150,000 in 1973/74, and falling attendances, the club could not afford to be too wild now.

In the end, a desperate Pat Saward did register a first home win a week later, with goals from Ron Howell and Ken Beamish securing a 2-0 Brighton victory over fellow strugglers Shrewsbury Town. Not that the manager saw it. Extraordinary as it seems now, he missed the game as he was on a scouting mission. However, the win was not enough to save Saward. He was sacked two days later, with three years of his contract remaining. 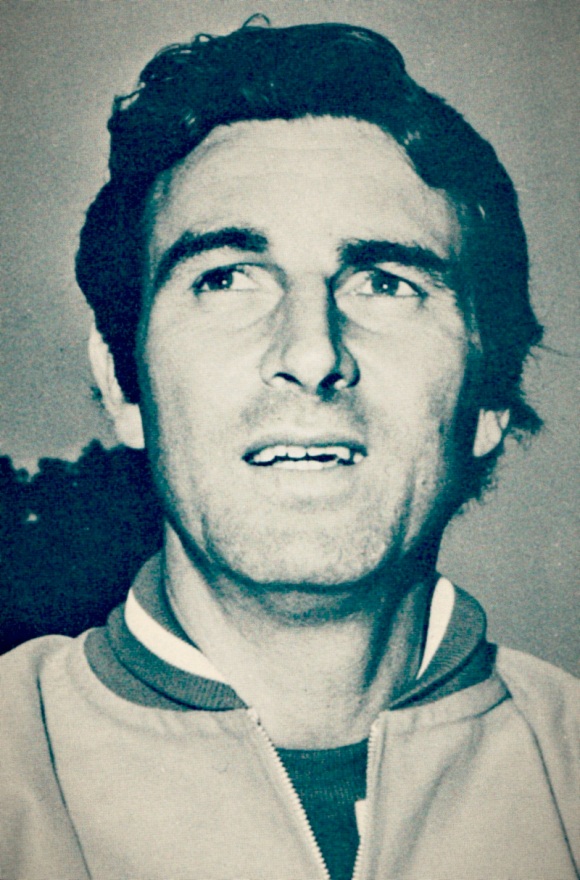