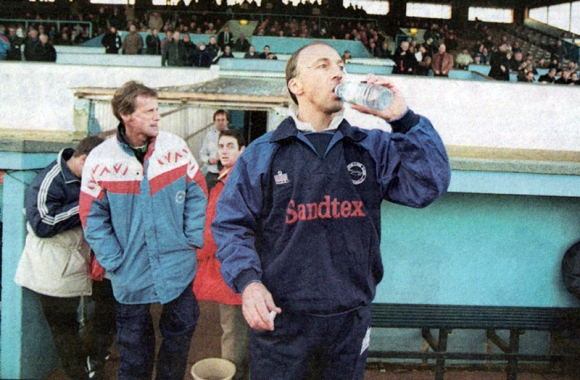 Despite the Seagulls having to play their home matches in Kent, there was not much chance of relegation in 1997/98, due to Doncaster Rovers’ abject performance. However, with the Albion only seven points clear, Steve Gritt was relieved of his duties in February. Nevertheless, it led to an outpouring of heartfelt appreciation for the manager who performed heroically in the club’s darkest days during the previous campaign. It is unquestionable that without the former Charlton man’s efforts, the club would have slid out of the Football League.

Seagulls fans undoubtedly wished to pay tribute to Gritt. Online, you can still find a 1990s guestbook of thanks to the great man.

Like many supporters, Stephen Cowdry was eager to write a letter of gratitude to the ex-Albion boss after hearing of the sad news. Here is the reply he received: 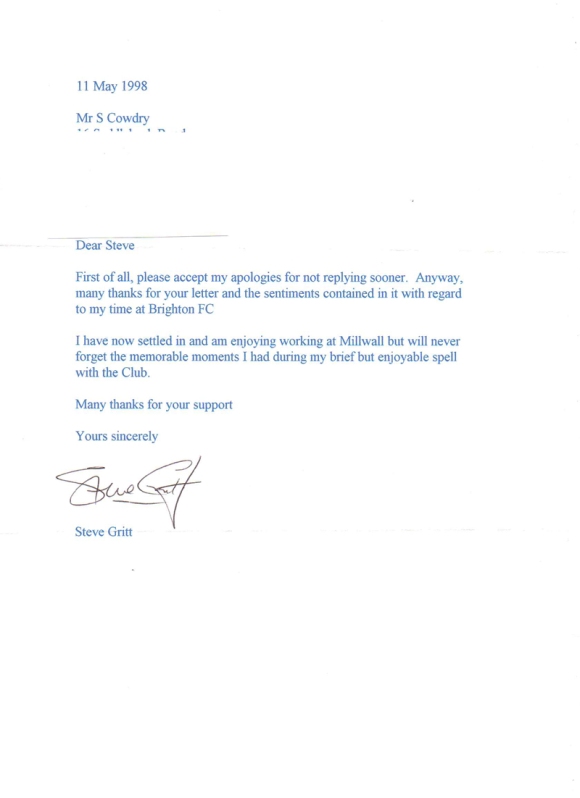 In his letter, Steve Gritt mentions joining Millwall as reserve team coach. He also had a short spell as caretaker manager at The Den before becoming Mark McGhee’s assistant up to 2003. However, while his spell with us was much shorter, he will always live long in the affections of Brighton fans. The home form after Christmas in 1996/97, and the Doncaster and Hereford matches see to that.