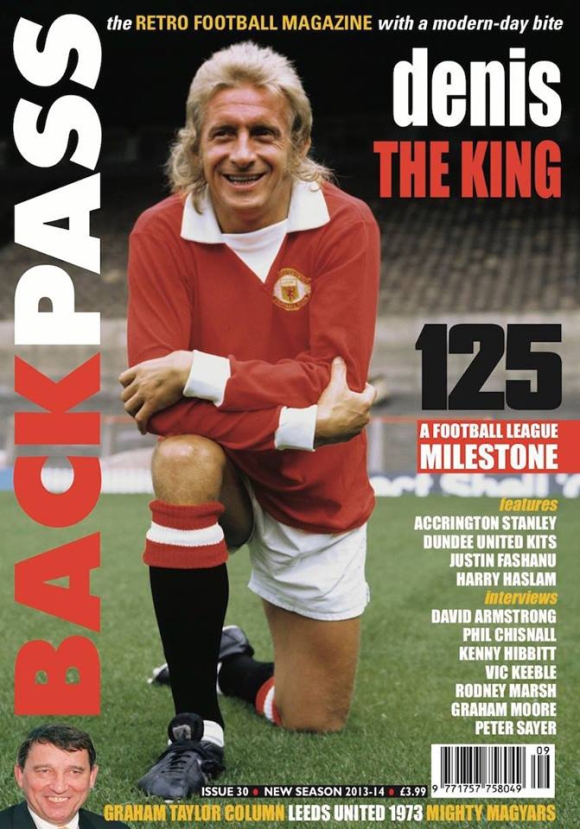 It’s a lovely feeling to be filled with expectation about a new edition of a magazine that’s about to hit the newsstands. I don’t know about you, but football-wise, I haven’t felt this way since 90 Minutes magazine died a death in the 1990s and Tuesday mornings were never quite the same again. In a previous post, I have documented the excellent coverage Brighton & Hove Albion has received in past issues.

With its first edition of the new season, a refreshed Backpass Magazine is now up to issue 30, and now defines itself as ‘the retro football magazine with a modern-day bite.’

In terms of Brighton interest, there is a great interview with Peter Sayer. A substantial part of the article recalls his wonderful winner for Cardiff against Tottenham in the FA Cup in 1977:

Albion fans chiefly remember Peter’s magical wing-play in the late 1970s while playing in Brighton’s blue and white stripes. Even so, I have found an FKS Soccer ’82 sticker of Peter in the B-Cal Brighton shirt of the early 1980s: 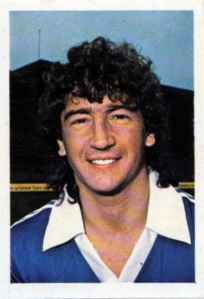 However, Albion fans didn’t get much of a chance to see him in it as he was an unused substitute on the opening day of the 1980/81 season against Wolves and made no further appearances for the first team before departing for Preston.

Nevertheless, he speaks well of his years at the Goldstone Ground:

It was an excellent time at Brighton. There were some very good players at the club and I was playing well. I especially remember when we won promotion to the old First Division at Newcastle in 1978-79. We had our own train which we used to travel to away games on! It was great for team morale.”

I ended up in the reserves even though I was playing well. I got asked to go to Newcastle but failed the medical. The club then had an opportunity to sell me to Preston and they perhaps felt they needed to offload some players. Maybe I should have dug my heels in and fought. 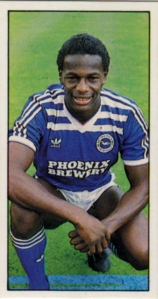 Elsewhere, Jim Read’s fascinating biography of Justin Fashanu covers the latter part of the striker’s career and strongly argues against the myth that seems to be grown that some of the main facts known of Fashanu:
a) He was a promising footballer (as shown by the ‘Goal of the Season’ against Liverpool)
b) He came out as gay
c) His manager at Nottingham Forest, Brian Clough, and his brother John were far from supportive.
d) He committed suicide

were somehow all linked and that coming out as gay led to his death as be became ostracised from the football community. The details of Fashanu’s life, especially his struggle with injury (he actually retired from the professional game when he was released by Brighton) and his particularly brand of religion, not to mention the varying social values of football fans and players, show that things were far more complicated than that.

Spencer Vignes writes a splendid piece about ‘football specials’, the trains that carried the team and supporters to away matches in the 1970s and 1980s. He mentions the Seagulls Specials and there is a lovely quote from Mark Lawrenson about the party on the train after Brighton clinched promotion to Division One with a 3-1 win at Newcastle. 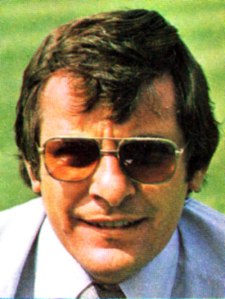 As Alan Mullery said in his latter autobiography:

“We travelled home by train and The Seagull Special became The Paralytic Express. There was champagne everywhere. The journey back seemed to take a lifetime, but nobody cared. I walked the length of the train with the team, thanking the fans for their support. Everyone who was on that train will remember it forever.

Presenter Alan Mullery is also the ‘star’ of a low budget video nasty reviewed by Chris O from the Football Attic.

So, if this has whetted your appetite, feel free to nip off to the newsagent now. Or subscribe online via www.backpassmagazine.co.uk. Just £3.99.