And Smith did score! 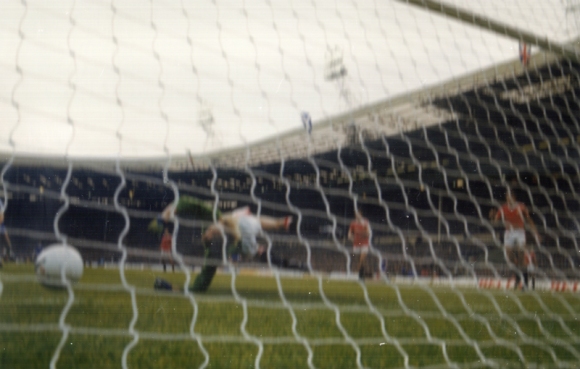 There were 100,000 cheering fans in Wembley that day and we certainly silenced the Red Army when I scored in fourteen minutes.

Gary Howlett fired a diagonal cross towards the far post and I drifted in behind their defence to head the ball back across goal, beating Gary Bailey at his left-hand post to score the opener. Yes, folks, Gordon Smith did score at Wembley in the FA Cup final! We were well organised that day and, at half-time, we were still one up. As we trooped off the park, I looked at the giant Wembley scoreboard, saw my name as the scorer and thought that maybe, just maybe, we could pull off a shock result and I would be a hero for scoring.

One thought on “And Smith did score!”