I want to go places with Brighton, says Eric Potts 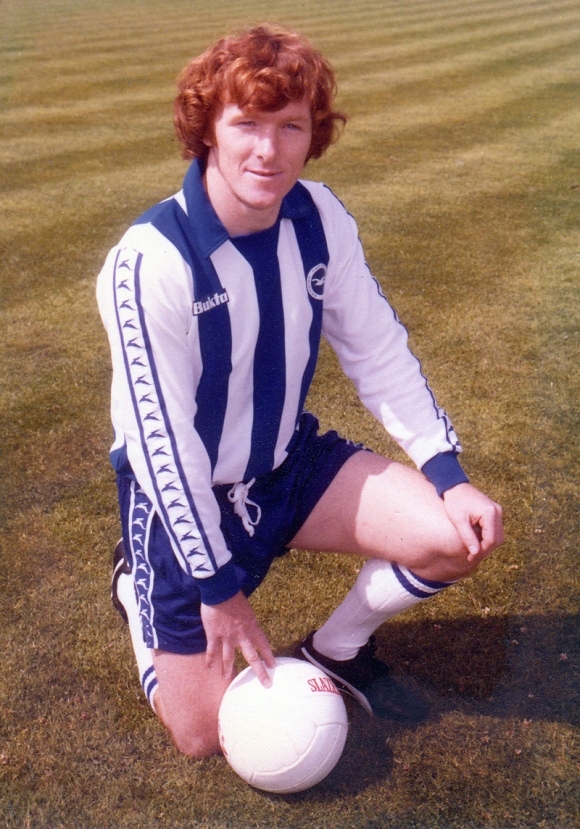 Despite wanting a long career with Brighton, winger and super-sub Eric Potts only lasted one season with Brighton, in 1977/78. Here is an interview with Shoot! magazine:

One of the close-season’s most astute signings was Alan Mullery,s move for Eric Potts. For just £14,000 the Brighton manager whipped away from Sheffield Wednesday one of the most popular players the Steel City has had.

Potts’ will-of-the-wisp skill has electrified many crowds and will quickly win over the Brighton supporters. An exciting individualist, his darting runs andninety-minute wholeheartedness will undoubtedly set the terraces buzzing at his new club just as he did many times in the seven years he was with Wednesday

Attacking from midfield, the role given to him last season, did not suit him. “I would rather have midfield opponents worry about me,” said Potts. And although he only scored two League goals, a groin injury plus a change of position limited his appearances to twenty League games last term.

With over 150 games for The Owls behind him there was some sadness at leaving Sheffield. “‘I’ve had some good years with them .. and got on well with the directors and supporters…you can’t play for them for seven years and not have them in your heart. The supporters made me… they pushed and pushed by letters to the Press and in other ways to get me into the side.

“But I want to go places… not sit on the substitutes’ bench like I did eight times in the Third Division last season. The First is my aim and that’s the reason I’m delighted to be joining Brighton. They want to play there, too.

“When I met Alan Mullery and the chairman and vice-chairman of the club in June their attitude to the-game was impressive enough for me to want to sign for them… they didn’t have to sell the potential of the club to me.

“I have played against Brighton twice and they seem to have the right blend of players. The motivation from Mullery. makes their chances of success that much greater and I know I can do a good job for them.”

Potts is no stranger to the Second Division in which Brighton will be competing next season. Under Sheffield W~dnesday’s previous managers, Derek Dooley and Steve Burtenshaw, he had four seasons in the Second.”

In the close season the 27 year-old, ginger-haired winger spent two weeks holiday in his mother’s house, opposite Everton Football Club, andthen went house-hunting in Shoreham with wife Linda end daughters Jennifer (3) and Deborah (1). They’re likely to enjoy life there for many reasons.