Here’s Brighton team photo in August 1977, before a momentous Second Division campaign where Alan Mullery’s attacking side proved themselves serious candidates for a second successive promotion: 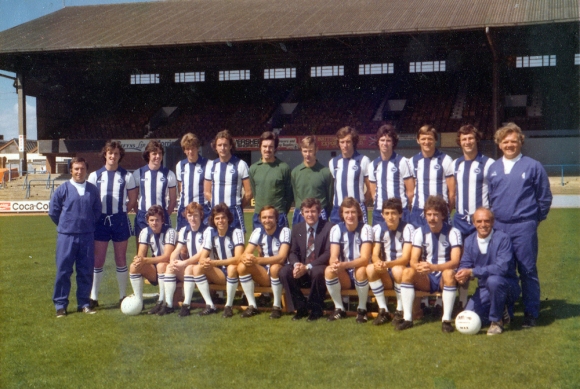 On 15th April 1978, Albion overwhelmed leaders Tottenham Hotspur, but not before Spurs hooligans had tried to bring the game to a premature end. Terry Smith from the Daily Mirror reported on this crucial match:

Referee Alan Turvey praised Spurs’ skipper, Terry Naylor, for the way he tried to calm his fans after they had rioted twice, the second time to try to save their team from a heavy defeat.

The game was delayed for thirteen minutes after spectators had spilled on to the ground with this crucial Second Division promotion match only twelve minutes old.

Spurs fans who stole sixteen cars and burned one when they got to Brighton, started fights early on and local spectators were forced over the barriers for safety.

Turvey stopped the match and sent the players to the dressing rooms. The game resumed 13 minutes later after he said he would play all night to get the game completed.

League leaders Spurs, on their first visit to Brighton had just gone 1-3 down and had Don McAllister sent-off when their hooligan fans rushed the pitch in the seventy-fourth minute, this time to try to get the game abandoned.

But police stopped the invasion and the game continued after another four-minute delay.

Brighton people who refused to let Millwall play one of their ‘banned’ home games at homely Hove, saw ticket touts selling £2.20 tickets for £50 each and heard a constant wall of ambulance sirens in the town.

There were 91 arrests during the day and 83 people injured.

And ex-Detective Chief Superintendent Jim Marshall, a keen Brighton fan, said: “I’ve never seen such scenes in all my life.

“The time has come to give these thugs custodial sentences in establishments akin to wartime glasshouses, rather than holiday camps.”

He said: “Tottenham are a great club but their fans tried to get the match stopped.” Referee Turvey admitted: “If I was honest I would say I was a bit frightened during the crowd trouble. I thought the police did a good job and I must praise Spurs defender Terry Naylor for the way he tried to calm the fans down.”

A senior police officer said: “The trouble started before the game when Spurs fans got in early and occupied the space behind the goal normally reserved for the home fans.”

Brighton took the lead with a solo goal from midfielder Paul Clark after 16 minutes.

Brighton defender Graham Winstanley made it 2-1 after 43 minutes.

The third goal which killed off Spurs was surrounded in controversy.

Eric Potts, the Brighton sub, claimed the final touch but Spurs argued bitterly that striker Malcolm Poskett had been offside.

It was tight at the top. Spurs, Southampton and Bolton were all on 53 points with Brighton four points behind, but (just like Bolton) a game in hand over the top two clubs. With four matches to go for the Seagulls, Mullery’s men were hoping for one of their rivals to slip up in order to capitalise. No doubt about it: Tottenham were beatable. The promotion battle really was going to the wire.

Here are some images that Trev Smith has kindly allowed me to use on this site: 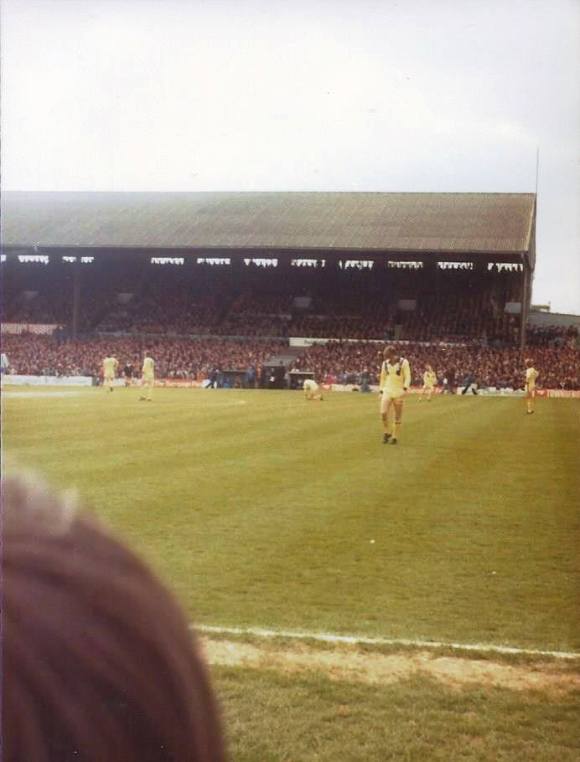 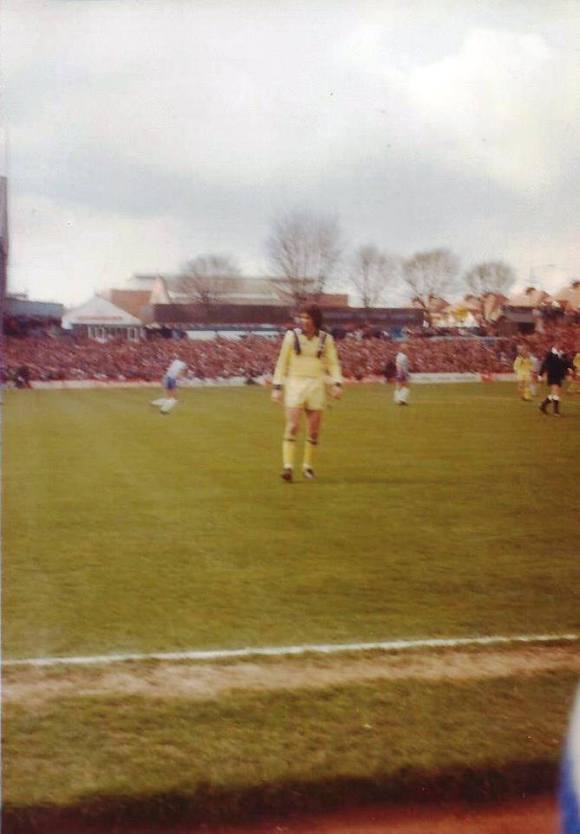 2 thoughts on “Life’s a riot as Brighton crush Spurs”