2 Comments
By Goldstone Rapper Around The Goldstone, Media Coverage 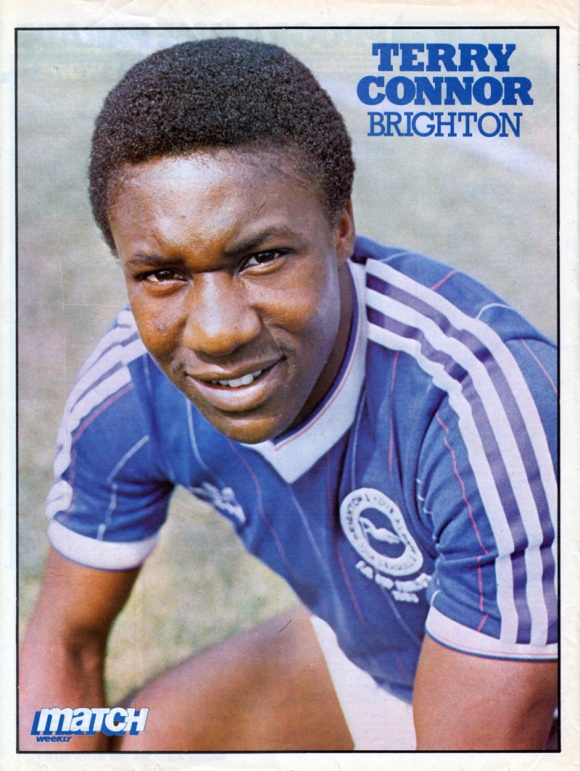 It was a sad day for Albion fans when goalscorer Terry Connor left relegated Brighton for Portsmouth. From summer 1987 (I’m not sure if it’s from Shoot! or Match):

A short move down the South Coast has put Terry Connor on course for a return to the First Division. Twenty-four-year-old Terry was linked with a number of clubs during the season, but his £200,000 move to Portsmouth came out of the blue with the player insisting: “It’s been claimed that I said I would never play for Brighton in the Third Division, but that’s just not true. I never said anything of the sort. I admit that last season was a disaster for the club but I hadn’t asked for a transfer and just wanted some time to think about my future. Then I got a call from Brighton manager Barry Lloyd and he told me Portsmouth had come in for me and the club were prepared to let me go. No player likes to drop down a division and, of course, everybody wants to play in the top flight. I’m no different and, if the club were prepared to sell me for the right price and I wanted to get into the First Division, then it’s quite simply good business for all concerned.”

His flirtation with the First Division ended when he was swapped with Andy Ritchie and arrived at the Goldstone ground just in time to see the club drop in the Second. “Leeds were my home-town club and it took me about a season to settle in Brighton,” says Terry. “Then, earlier this season, I won my first England Under-21 cap, managed to get a goal and, at that stage, Brighton were just below half-way in the Second and there wasn’t too much to worry about. But there were problems in the boardroom, with the manager and with the players and all of a sudden we were in the Third.

The move did not go well for Connor. Having been relegated from Division One with Leeds in 1982 and Brighton in 1983, he made it an unwelcome hat-trick as Portsmouth under Alan Ball crashed out of the top flight after just one season, in 1988. As a manager, of course, the ex-Goldstone favourite was also in charge of Wolverhampton Wanderers as caretaker boss as the side slid out of the Premier League in 2012.