Peter and the pelvis

In September 1974, Peter Taylor’s Brighton side lost 1-0 at Ewood Park. Blackburn Rovers had ex-Albion strikers Ken Beamish and Pat Hilton in their side but their performance disappointed the Evening Argus’ correspondent John Vinicombe. It was a match where Roger Jones’ professional foul on Dave Busby prevented the Dolphins’ centre-forward from giving the visitors the lead. Vinicombe saved his praise for Albion’s own number one, Peter Grummitt, who pulled off a sparkling save just before half-time to deny Graham Oates’ header: 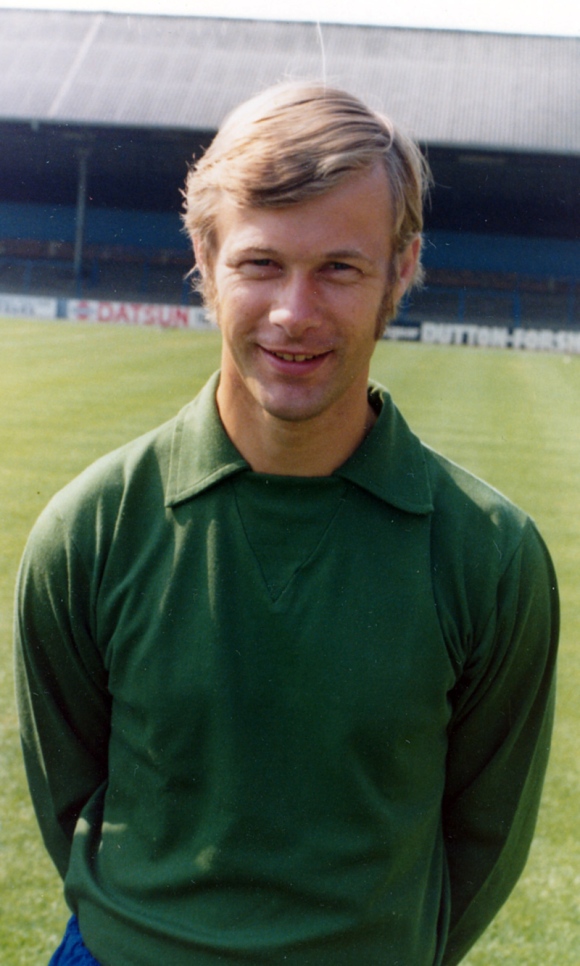 Peter Grummitt, rising 32, has well over 470 first-team appearances behind him and is currently one of the best goalkeepers in the League. That view is not only held by Albion manager Peter Taylor but, week by week, by more and more people who should know.

During the course of his career with Nottingham Forest, Sheffield Wednesday and Albion, Grummitt has experienced all the traumatic setbacks of his peculiar calling.

Towards the end of last season his pelvis was cracked by Ricky Marlowe, now a colleague at the Goldstone. And, in pre-season games only a month or two ago, the normally reliable Grummitt looked far from his old self.

Inevitably, there were rumours about the ability of the man over 30 retaining his nerve and reflexes. But, from the start of real business, Grummitt silenced his critics. His most fervent admirers are those who play in front of him and are charged with providing as much cover as possible.

At Ewood Park, amid torrential rain and buffeted by a howling gale, Albion marvelled at Grummitt. He defied Blackburn Rovers, and a point was on the cards until11 minutes from time when one goal was enough to send Albion back empty-handed.

“We battled well, and I am pleased with the way we fought,” said Taylor. “A point was there for the taking and I thought we would do it. But I have no kicks at how the defence played.”

Then Taylor made his assessment of Grummitt: “The way this man is playing he must be one of the best in the country.”

Centre-back Steve Govier echoed that summing up, and added: “They say you have to be daft to be a goalkeeper. The way Peter goes down at feet is crazy. I know I wouldn’t. What a player, though. We owe him a lot. We are starting to pull things together, and all I hope is that we justify the confidence the boss has placed in us.”

Grummitt’s tremendous ability continued to impress for the next few seasons. However, his career was brought to an end in the 1-1 draw at home to Tranmere in March 1977, when he suffered a knee injury. Together with his arthritic hip, he was not able to regain full fitness and retired in December 1977. Nevertheless, he played in his own benefit match in May 1978. It was a match where Brighton beat Alan Mullery’s All-Star XI side 8-7 with Poskett (3), Sayer (2), Ruggiero (2) and Moseley (pen) getting the goals. Certainly not a good game for keepers, even one as good as Peter!

Even with the brilliance of current first choice Tomasz Kuszczak, thirty five years on, Grummitt is still revered by many Albion supporters as the best goalkeeper the club has ever had.