Kit Napier gets back among the scorers 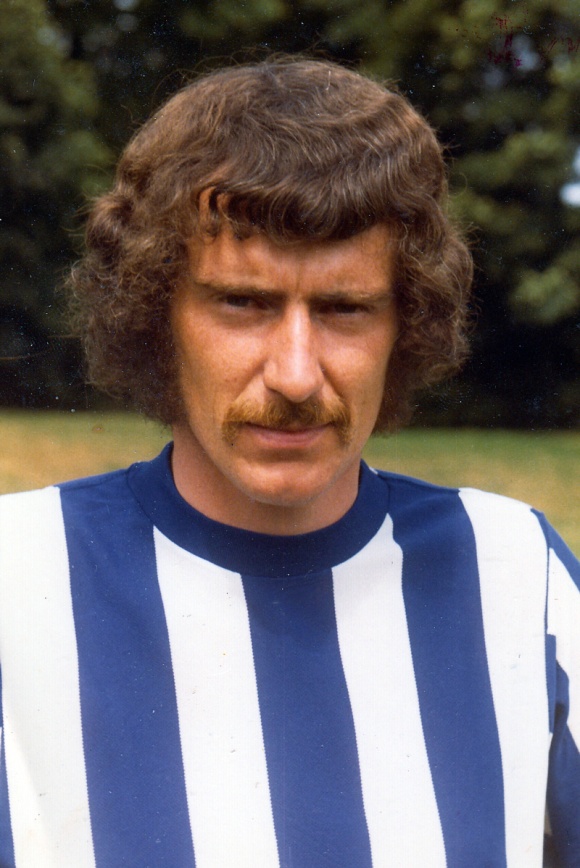 Kit Napier is rightly considered an Albion legend. He was a ball-playing attacker, skilful with both feet, and with tremendous talent for goalscoring. At the Goldstone, Napier’s class and quick-witted play endeared him to the crowds. After being top scorer for the Albion in four of the previous five campaigns, Napier again was having a prolific season in 1971/72 as the Albion flew high in the Third Division.

While Aston Villa, Bournemouth and Notts County have been stealing the promotion headlines this season, Brighton, strugglers for part of last term, have slid quietly into a threatening position and are poised for a takeover bid that could shoot them into the Second Division.

Much of the credit for the Hove team’s confident aspirations must go to manager Pat Saward, the former Coventry coach. Saward worked himself to a standstill last season to make the players believe in themselves.

Now his determination and drive have brought their own reward. His players have responded to his inspiring example and are playing the best football the team has produced since Albion were promoted from the Fourth Division in 1965.

One player to benefit from Saward’s hard work is 27-year-old striker Kit Napier. The player who has played over 200 first team games and scored more than 70 goals is once again among the club’s leading scorers.

His goals could be instrumental in bringing Second Division soccer to the Goldstone Ground for the first time in 10 years. Kit has spent only five of those years with the club, but he believes that the club is now ready to leap into Division Two and stay there.

Says Kit: “There isn’t a better team than us in the Third Division and I really fancy our chances of going up. Once we get there I don’t think we’ll have trouble staying up.

“The standard of football we are playing this season is so high that if we were in the Second Division now we would probably be pushing for promotion.

“We would not have any trouble with the financial burden of playing in a higher division either. Brighton has a a tremendous crowd potential as was proved by that 30,000 crowd we had at Christmas against Bournemouth. If we were in the First Division I’m sure we could get gates of 40,000 regularly.

“Possibly the only trouble with our fans is that they are a bit fickle. We have a few bad results and they start to stay away. But they come round in the end. Ad for myself, they’ve always treated me fairly.”

That is why northerner Napier, who was previously with Blackpool, Preston, Workington and Newcastle is so happy down south.

“Brighton are the best club I’ve been with,” says Kit. “My wife and I are happy. We never had any bother settling down here. It is such a nice town. I much prefer it to living up north.

“The only regret of my career is that I never had more of a chance in the First Division when I was at Newcastle. I only played nine games for them.

Having played for five clubs Kit has a vast experience of the wide differences and he believes that the third Division is the hardest to play in.

“In the First Division you have time to play the ball,” explains Kit. “but in the Third Division you don’t have that time.

“But the quality of the football is definitely improving.

“You’ve got good teams like Aston Villa coming down or Bournemouth coming up. And of course the referees clampdown has helped things as well. It has certainly helped me my play. Now he is determined to achieve his ambition – to win something. “All the clubs I’ve been with before Brighton have never done well,” says Kit, “So I’d be happy and satisfied just to win promotion with them.”

The way he and his team-mates are playing, Napier could be in the Second Division next season.

By the end of the 1971/72 season, Kit Napier was top scorer once more with sixteen League goals, although this feat was equalled by Willie Irvine. Albion won promotion, as runner-up after a phenomenal season of attacking play.

In the Second Division Division the following season, Napier’s optimism was dashed as Brighton’s campaign was unhinged by lack of funds and his falling out with manager Pat Saward. Made just three appearances before being sold to Blackburn Rovers for £15,000 in August 1972.

One thought on “Kit Napier gets back among the scorers”