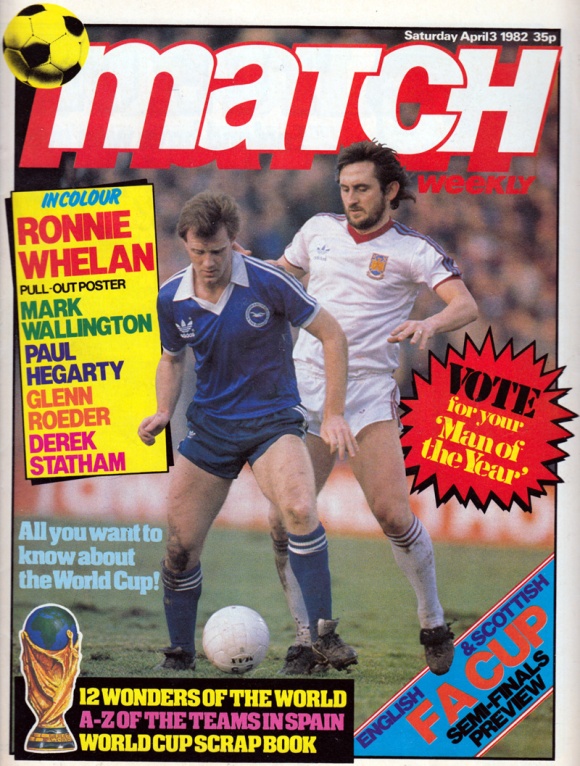 Would Andy Ritchie have been your ‘Man of the Year’? Albion supporters voted him their Rediffusion Player of the Season for 1981/82, even though they never quite took him to their hearts like they did with Peter Ward.

Below is a quote from him in Match Weekly the following season:

“Reaching the Cup Final is a real boost for the town of Brighton and the club, and they would probably benefit more from a Wembley victory. 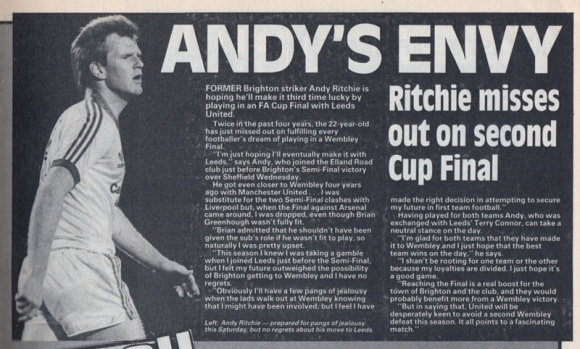 However, heartbreakingly for him, Ritchie’s departure to Leeds on transfer deadline day in 1983 meant that the young striker missed out an a chance of a Cup Final place against Manchester United. He also missed out in 1979 with Man United when Brian Greenhoff took his place. “I’m just hoping I’ll eventually make it with Leeds.” Unfortunately, he did not achieve this career ambition with Leeds, with them losing an FA Cup Semi-Final against Coventry in 1987.

By way of consolation, the now balding Ritchie did make it to Wembley with Oldham in the League Cup Final against Nottingham Forest in 1990. Much deserved after all those near-misses.