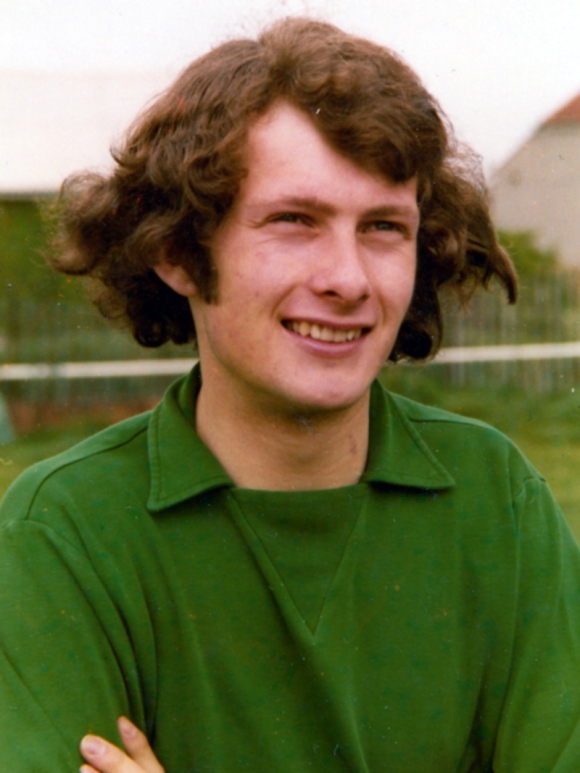 Alan Dovey was a 6ft tall teenage keeper, signed as a understudy to Brian Powney for £1,000 from Chelsea in July 1971. He had joined Chelsea straight from school following representative honours with Thurrock Boys. Facing competition from Peter Bonetti, Tommy Hughes and John Phillips (the latter two were to eventually join the Albion), Dovey failed to make a first team appearance for the Stamford Bridge side. After stand-in goalie Ian Seymour returned to Fulham, Dovey came to Brighton on loan as cover for Brian Powney in March 1971, before signing permanently for Brighton in July 1971 in a £1,000 deal. Dovey made his debut in the season’s penultimate match at Bristol Rovers in May 1971, before also playing the final match of the season to give him experience.

In 1971/72, having signed a permanent deal with Brighton, Dovey appeared against Norwich in the League Cup, making some daring saves despite the 0-2 defeat. Again he played twice in League matches, including a ‘Man of the Match’ performance at York.

His first game of the 1972/73 season was in the club’s nervy 2-1 victory over Exeter in the League Cup in August when a header by future Albion player Fred Binney past Dovey had given the Fourth Division side a shock lead. Just like in the two previous seasons, Dovey played just twice in the League that campaign, in the 0-4 defeats at Preston in November and Sunderland in January. When Tommy Hughes joined the Albion in February, Dovey was once again below his former Stamford Bridge team-mate in the goalkeeping pecking order. With limited first team action, Dovey was placed on the transfer list in March and was released at the end of the season to pursue a career in insurance.

He carried on playing locally, for Southwick and then Worthing. However, his spell with Worthing appeared to be coming to an end on 6th April 1984, according to the Evening Argus:

Alan Dovey faces the axe from Worthing’s goal after three seasons in their double promotion-winning squad.

Manager Barry Lloyd is set to bring back giant youngster Graham Bannatyne in place of the out-of-form Dovey for tomorrow’s Isthmian League premier division game with Harlow at Woodside Road.

Lloyd has been far from happy with the former Sussex keeper’s handling this season, and Dovey’s mistake at Sutton on Tuesday, when he let a shot bounce off his chest and into the net, may be the final straw for the Worthing boss.

“Alan has done exceptionally well for us over the past three years, but he’s not really aggressive enough in this premier division,” says Lloyd.

Dovey had joined Worthing at the same time as Lloyd, in 1981, from Southwick.

Not sure what he’s up to these days but a thread on North Stand Chat suggests he’s a keen tennis player.